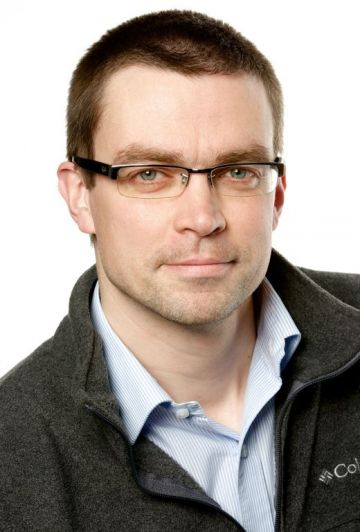 Scott is a Professor of Statistics at the University of New South Wales, President of the Statistical Society of Australia, and is a Deputy Director and Chief Investigator for the ARC Centre of Excellence for Mathematical and Statistical Frontiers (ACEMS).

Scott was one of 91 researchers around the country named by the ARC as Future Fellows. He will receive just over $1-million for his project titled, “Frontiers in Data Science: Analysing Distributions as Data.”

“The Future Fellowships scheme encourages research in areas of national priority, with preference given to researchers who can demonstrate a capacity to build collaboration across industry, with other research institutions and with other disciplines,” said Ms Leanne Harvey, Acting Chief Executive Officer of the Australian Research Council.

Scott credited his work with ACEMS in helping him get a Future Fellowship.

“There are huge ACEMS links here. In fact, all of the interesting applications that I’m going to be working on are within ACEMS, which is fantastic for me,” says Scott.

Scott’s research is in a field known as symbolic data analysis. He says the aim of the project is to develop the statistical foundations of a new approach to analysing large and complex data. It would be based on building distributional approximations of the data, which can then be analysed by standard statistical methods.

“The trick then becomes, how do I fit models and analyse the data that underlies those distributions, but only by looking at the distributions?” says Scott.

“You’re basically summarising the billions of regular data points into a smaller number of distributions. The key is then not to lose all of the critical information that will still allow you to fit your models.”

In fact, he has ACEMS collaborations already dealing with two of those problems. One is with ACEMS Chief Investigator Louise Ryan, from the University of Technology Sydney, and her work analysing the impact of pollution from rail traffic in the Hunter Valley on the health of residents.

In addition, ACEMS Chief Investigator Matthew Roughan, from the University of Adelaide, has provided Scott with the challenge of analysing data on computer network traffic to determine points of congestion and external attack.

“The project expects to change our way of thinking in how to be smarter about what data we use for analysis, rather than relying on brute force analysis of large datasets,” says Scott.

ACEMS Associate Investigator Dr Boris Beranger (UNSW) is helping him with the project, along with three PhD students.

Scott says the Fellowship will allow him to do, what he believes, will be substantially important work in this field, and that he’s very much looking forward to getting started.