Paris Agreement does not rule out ice-free Arctic

Research published in this week’s issue of Nature Communications reveals a considerable chance for an ice-free Arctic Ocean at global warming limits stipulated in the Paris Agreement. Scientists from South Korea, Australia and the USA used results from climate models and a new statistical approach to calculate the likelihood for Arctic sea ice to disappear at different warming levels.

Future climate projections are usually obtained from global climate computer models. These models are based on several hundred thousand lines of computer code, developed to solve the physical equations of the atmosphere, ocean, sea-ice and other climate components. Applying future greenhouse gas concentrations, each computer model produces a version of what the future of the Earth’s climate might look like.

Transforming this information into practical decisions is not easy, because of the remaining uncertainties in the magnitude of future climate change on regional scales. Decision-making in a warming world requires an understanding of the probabilities of certain climatic events to occur. 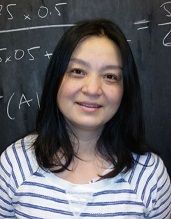 Also, climate models are not developed independently. They often share computer code, techniques and assumptions. Until now there was no solid statistical theory that dealt with dependant models and converted their results to probabilities.

"To solve this problem, the research team has developed a novel statistical method where the principles of Bayesian model averaging was extended to the case of dependent models. The team also developed a novel and efficient Markov chain Monte Carlo algorithm for the computation," said UNSW Associate Professor Yanan Fan, an Associate Investigator for ACEMS.

The statistical method ranks the models in terms of how well they agree with present-day observations and accounts also for inter-dependencies amongst the models.

“Translating model dependence into mathematical equations has been a long-standing issue in climate science. It is exciting to see that our method can provide a general framework to solve this problem,” said co-author Won Chang, assistant professor in the department of Mathematical Sciences at the University of Cincinnati, USA. 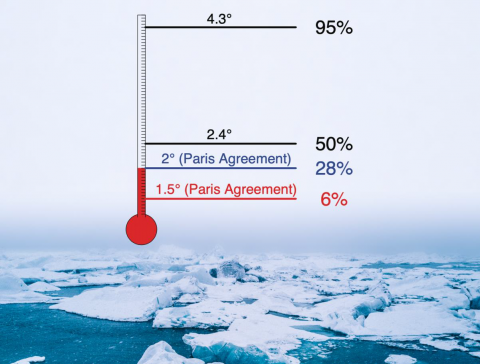 The researchers applied the new statistical method to climate model projections of the 21st century. Using 31 different climate models, which exhibit considerable inter-dependence, the authors find that there is at least a 6% probability that summer sea ice in the Arctic Ocean will disappear at 1.5 °C warming above pre-industrial levels –a lower limit recommended by the Paris Agreement of the United Nations Framework Convention on Climate Change (Figure 1).

For a 2°C warming, the probability for losing the ice rises to at least 28%. Most likely we will see an ice-free summer Arctic Ocean for the first time at 2 to 2.5°C warming.

“Up to now, there was no established mathematical framework to assign probabilities on non-exclusive theories. While we only tested the new approach on climate models, we are eager to see if the technique can be applied to other fields, such as stock market predictions, plane accident investigations, or in medical research”, says Roman Olson, the lead author and researcher at the Institute for Basic Science, Centre for Climate Physics (ICCP) in South Korea.