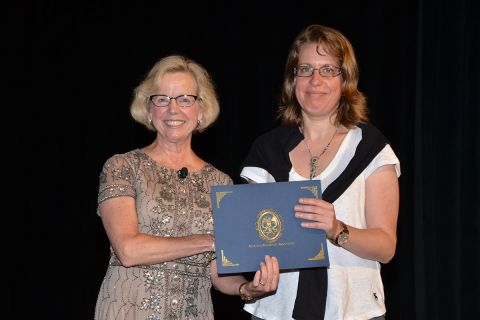 The American Statistical Association (ASA) honours Prof Aurore Delaigle as one of its 2018 Fellows.

Aurore is a Professor of Statistics at The University of Melbourne, and has been with ACEMS as a Chief Investigator since the Centre was formed in 2014.

In announcing its 2018 fellows, the ASA says it selected Aurore “for influential contributions to statistical methodology, especially in nonparametric statistics, functional data, deconvolution, measurement errors and high-dimensional data.” She was presented her Fellowship at the Joint Statistical Meetings in Vancouver, Canada.

Aurore says there two key components to the statistical problems she likes to take on.

“They always have to be motivated by a real question, and most of the questions I’m interested in have to do with medicine or science more generally,” said Aurore.

“There must also be a mathematical challenge. I’m not very interested in a problem if I know the answer straight away or without having to do much work. I want to develop a new idea, or some sort of method or trick.”

This latest honour from the ASA follows several key awards and achievements in the past few years. In 2013, the Institute of Mathematical Statistics (IMS) elected Aurore as a Fellow. Also that year, the Australian Academy of Science awarded her the Moran Medal, given every two years to an early career researcher in the mathematical sciences. Last year, she received one of the top honours at the Joint Statistical Meetings (JSM), the George W. Snedecor Award. That award honours a researcher who is instrumental in the development of statistical theory and analysis involving biological data.

While Aurore very much appreciates the recognition she’s getting, she’s more excited about the recognition that statistics is now receiving, and not just in the science community. 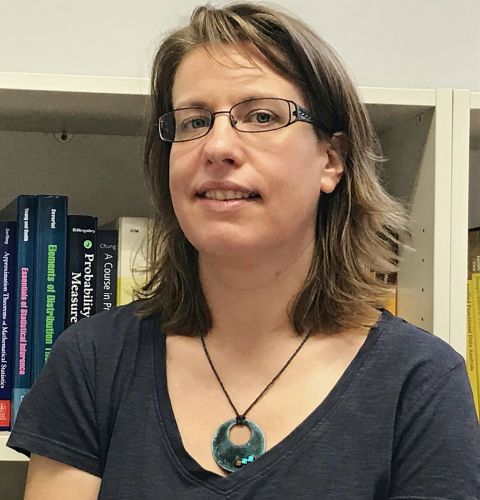 “With all the attention around data science and big data, I think people are really starting to realise that it’s very hard to make decisions without the help of statistics. You need some sort of reassurance that the decision you’re making makes sense, and statistics can give you that,” said Aurore.

Aurore also hopes that she can be an example to other women who might be considering statistics as a career.

“If I can be an inspiration to other women, that’s great. I absolutely want women to do well in statistics, mathematics and other sciences,” said Aurore.

In naming her a Fellow, the ASA also noted Aurore’s “outstanding leadership and service to the profession.”

Aurore believes in giving back to the statistical community, serving as an associated editor for some of the most prestigious international statistics journals. She spent six years as the Executive Secretary of the IMS, and served as an Associate Program Chair for JSM 2017.

“It’s very exciting to do all these things. I love the statistical community, because I’m always surrounded by very interesting people,” said Aurore.