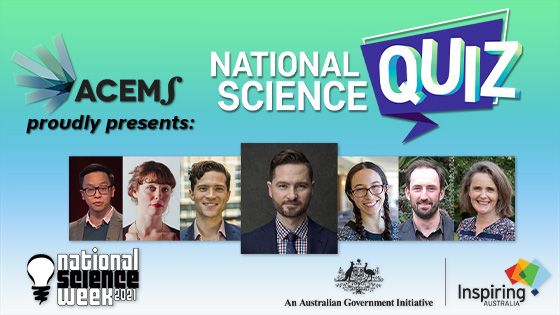 More than 1,200 people participated in the online competition as ACEMS showed the Quiz on its YouTube channel on the evening of 19 August.

The Quiz was originally scheduled to be taped in front of a live audience at Fed Square Melbourne. But Melbourne's COVID-19 lockdown shut down that plan, forcing the Centre's outreach team to pivot and create a virtual studio recording of the event.

The final results of how that came out can be seen in the video, which has now been viewed more than 4,000 times on the ACEMS YouTube Channel.

ACEMS first brought the National Science Quiz to Australia in 2016, creating three live events in the first few years. They were also hosted by Charlie Pickering.

This year, the Quiz returned with Charlie Pickering and this amazing group of panellists:

Led by ACEMS, five other Australian Research Council Centres of Excellence joined in the effort to sponsor and help organise the Quiz. Those Centres are:

The Quiz was also funded, in part, by a National Science Week grant from the Australian Government.

ACEMS hopes that the 2021 version of the Quiz is the start of something special, and that it will be considered part of the Centre's legacy as others take the lead in putting on this event! 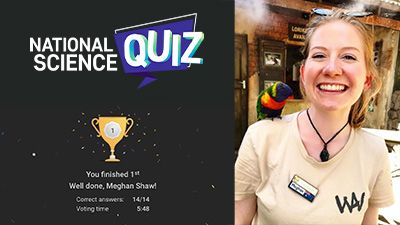