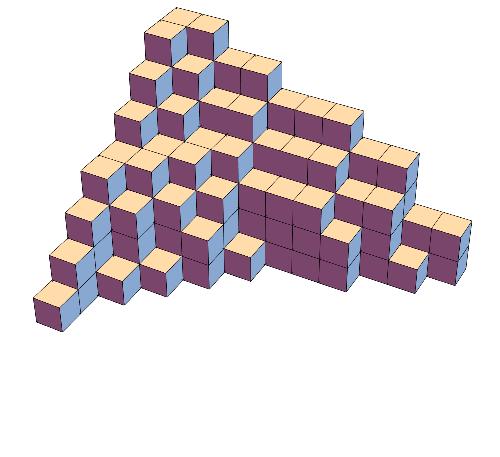 Rational functions in two variables have the x-y plane as their natural domain. For trigonometric, or periodic, functions we can think of cylinder as the natural domain with the values of the functions repeated as we trace paths around the cylinder. This hierarchy of functions is topped by doubly periodic elliptic functions which are naturally defined over the torus. During the last century, the same trichotomy has also been found in integrable systems, symmetry algebras and more abstract mathematical concepts such as cohomology groups. In particular, the same relationship applies between Lie algebras, affine Lie algebras and toroidal Lie algebras. Like the theory of functions, the relationship among integrable systems, algebra, geometry and physics becomes most interesting at the elliptic level. Our just published paper in Communications in Mathematical Physics contributes to quantum versions of toroidal Lie algebras, called quantum toroidal algebras.

The mathematics of quantum toroidal algebras is remarkably rich, and so are their applications to physics. These algebras and their representation theory arise in the mathematics of high-energy physics, string theory and supersymmetric gauge theories. They also play an important role in the analysis of central models in condensed matter physics, stochastic interacting particle systems and integrable probability. Quantised affine Lie algebras, for example, underpin the integrability of (multi-species) asymmetric exclusion processes. The existence of these powerful underlying symmetry algebras ultimately leads to the rigorous derivation of universal distribution functions for particle currents and similar observables that hold for a very broad class of stochastic systems and are related to the theory of random matrices.

Quantum toroidal algebras can be considered as a parent theory. It stands at the top of the symmetry hierarchy and other algebras can be considered as degenerations. Much of the representation theory of quantum toroidal algebras is yet to be discovered, as are its consequences and applications to physical systems. We expect important conclusions for two-dimensional stochastic systems that generalise the one-dimensional exclusion processes. To unravel this we need to construct the so-called R-matrix which will provide explicit expressions for stochastic generators and Hamiltonians in physics applications. The problem of constructing the R-matrix is rather complicated and mathematically advanced. Our paper makes significant progress in developing a method for its explicit construction in the case of the most fundamental quantum toroidal algebras. This method can likely be generalised to other quantum toroidal algebras.