How do you determine the boundaries within which some species is present? In ecology, that is what 'geographic range delimitation' sets out to do.

In research just published in Scientific Reports, Authors Jonathan Keith (ACEMS at Monash Univ), Daniel Spring, and Tom Kompas set out to determine the geographic range of the dangerous invasive species known as the Red Imported Fire Ant (RIFA), which was first detected in Brisbane in 2001. More specifically, they wanted to know whether RIFA was contained within the operational boundaries of the National RIFA Eradication Program. 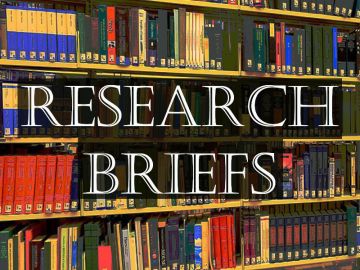 research-briefs.jpg
In previous work (https://www.pnas.org/content/110/33/13428), they constructed 10,000 alternative invasion histories, each one describing in fine detail a plausible course of the Brisbane RIFA invasion.

In their new paper, they used these 10,000 alternative histories to construct a series of polygons, each having a specified probability of delimiting the invasion. They found that with high probability, RIFA was contained within operational boundaries in early 2015. The method is interesting in that it combines techniqes from computational geometry (used to construct polygons for a set of points) with Bayesian inference (used to construct the 10000 alternative histories)