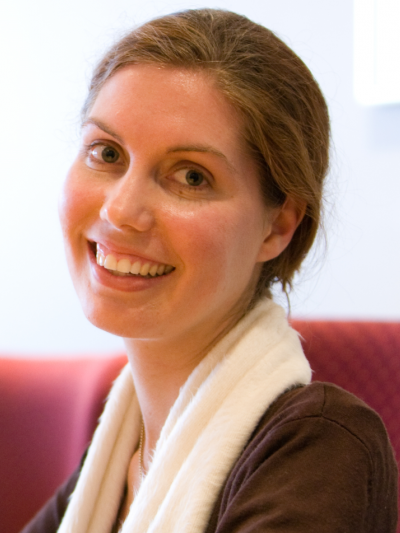 Susanna is only one of 60 scientists chosen from around Australia to be a part of STA’s second cohort of Superstars of STEM. The program aims to smash society’s gender assumptions about scientists and increase the public visibility of women in STEM.

Susanna says her experience earlier this year speaking at a girls’ maths day at the University of New Wales motivated her to apply to become a Superstar of STEM.

“I really enjoyed speaking to 600 young women who are in senior high school and encouraging them to consider a career in statistics. It made me realise I have the potential to be a role model for students and could promote the importance of women in STEM,” said Susanna. 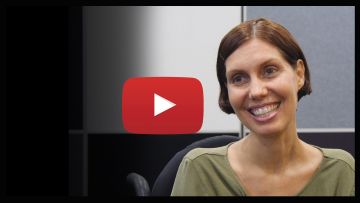 VIDEO: Susanna's hopes for the Superstars of STEM Program

VIDEO: Susanna talks about the power & beauty of statistics

VIDEO: Susanna talks about the role of ACEMS in her work

Susanna is a spatial modeller with Cancer Council Queensland, and an adjunct visiting fellow with QUT. She’s a key member of the team behind the recent release of an Australian Atlas of Cancer. The interactive digital cancer atlas shows national patterns in cancer incidence and survival rates based on where people live for 20 of the most common cancers in Australia.

For the first time ever, it allows researchers to focus on small geographic areas, as opposed to big regions or states. Susanna says her team’s development and use of advanced statistical modelling allows them to do that.

“It’s hard to see if there’s a problem in an area without getting the data and running some analyses. So we’re able to see clearly what is happening in this country when it comes to cancer, and identify where things potentially need to be improved,” said Susanna.

Professor Emma Johnston AO, President of Science & Technology Australia, said the 60 women announced today would no longer be hiding their scientific superpowers, and would share them with as many Australians as possible following the launch.

“When we launched the program last year, I said that the stereotypical scientists was an old man in a white coat,” Professor Johnston said.

“Thanks to the first 30 Superstars this is starting to change, and with 60 more announced today, we will be well on our way to permanently smashing the stereotype.”

For Susanna, her superpower is statistics. She wants to show that in addition to her work with the Atlas of Cancer, stats can be used to make a difference in so many different areas.

“Data is everywhere, but without statistics and knowing how to interpret that data, we won’t have a chance to make use of all that information. Statistics are valuable in almost any discipline, whatever someone’s interest is in, they can merge that with statistics to have an impact,” said Susanna.

Susanna sees the importance of communicating her research, and believes all scientists should see that as a priority.

STA created Superstars of STEM to create a critical mass of celebrity Australian female scientists and technologists - role models for young women and girls – and to work towards equal representation in the media of women and men working in all fields in STEM.