Dr Susanna Cramb is on a mission.

It has two goals. The first is to use statistics to make a difference when it comes to the health of millions of Australians. The second is to show other girls they can make the same kind of impact if they choose an education and career with STEM, and more specifically, stats. 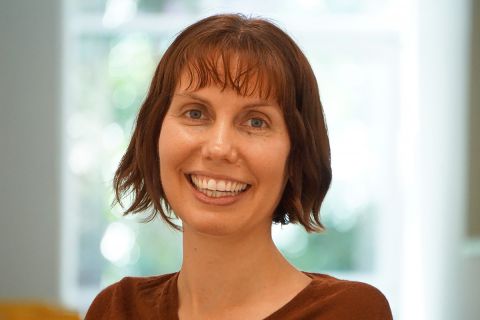 Because of her work, the Australian Institute of Policy and Science just selected Susanna as one of the outstanding early career researchers to receive a Queensland 2020 Young Tall Poppy Science Award.

“I am so grateful to all the scientists and statisticians who have played a role in my research, whether they’ve been dead for centuries like Thomas Bayes, or have personally collaborated with or mentored me. I am very conscious of the debt I owe to others,” says Susanna.

Susanna is a Strategic Fellow at QUT’s Institute of Health and Biomedical Innovation and an Associate Investigator with ACEMS. As a biostatistician, she uses statistics to investigate disease patterns, risk factors and outcomes.

Susanna’s research is very accessible to the public. She was one of the lead team members in the creation of an Australian Cancer Atlas. The interactive digital cancer atlas shows national patterns in cancer incidence and survival rates based on where people live for 20 of the most common cancers in Australia - such as lung, breast and bowel cancer.

“If people outside science are not engaging with my research findings, then making a positive difference is harder,” says Susanna.

Now she is working with researchers at the Jamieson Trauma Institute (JTI) and QUT on a detailed injury atlas for Queensland.

“Injuries are a substantial health burden, and they are mostly preventable. Yet, little is known about which areas have higher rates of injuries. Identifying these high-risk areas is not only pioneering work but should also save lives," says Susanna.

In addition to their research, the Tall Poppy Award recognises a person’s outreach. Susanna says the award makes her even more determined to do more of that. Specifically, though, she hopes this recognition will encourage women and anyone else who sees barriers to a career in STEM.

“Barriers such as ethnicity, socioeconomic disadvantage or, in my case, disability, are often less acknowledged and supported, which can make success more difficult. These can affect anyone, regardless of gender,” says Susanna.

But make no mistake, the outreach is something Susanna really enjoys.

“Engaging with school students is such a delight. The next generation is amazing: so smart, and so good with technology. I still haven't even mastered my mobile phone,” says Susanna.

“I have found statistics to be such a rewarding career, yet it was never on my radar when in school. So, opening their eyes to statistics as a potential career choice is rewarding and enjoyable.”

In 2018, Science & Technology Australia (STA) named Susanna one of its Superstars of STEM.

Congratulations, Susanna for being named a Queensland 2020 Young Tall Poppy. We can’t wait to see where your mission takes you next.