From Queensland – to Queen’s Honours – for founding ACEMS Board Member 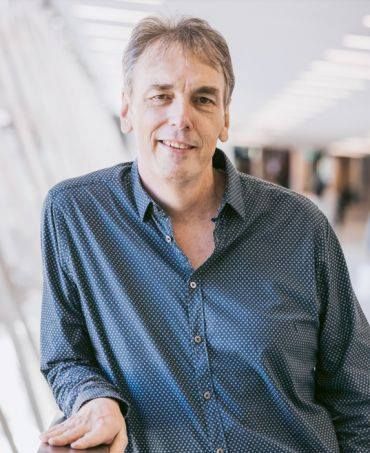 ACEMS would like to congratulate Professor Sir Peter Donnelly for being knighted for his research looking into the relationship between human genetics and disease.

Professor Donnelly received the Knight Bachelor medal in the Queen's Birthday honours 2019. He is currently a Professor of Statistical Science in the Wellcome Centre for Human Genetics (WCHG) at the University of Oxford and Chief Executive Officer of Genomics plc. Professor Donnelly also played a key role in the creation of ACEMS, as one of the founding members of the Centre's Governance Advisory Board.

"I'm humbled and hugely honoured to have been awarded a knighthood by Her Majesty The Queen," said Prof Donnelly.

"The award is as much recognition of the many outstanding and talented colleagues, postdocs, and students I have worked and collaborated with over many years.  I feel incredibly lucky and grateful, and it has been great fun."

Professor Donnelly is from Brisbane and studied at The University of Queensland. He then received a Rhodes Scholarship to Oxford University. Over the years, he says his academic interests have moved substantially.

"From applied probability, through statistics, to population and then human genetics, I have been fortunate to have been centrally involved in some of the major national and international projects which have transformed our knowledge of the genetic basis of common human diseases," said Prof Donnelly.

In 2014, he co-founded Genomics plc and is currently the CEO.

In fact, in addition to acknowledging his substantial impact in academic research and leadership, the citation for Donnelly's knighthood cites his work with the company: "As Chief Executive of Genomics plc, he continues to be a leading figure in the UK life sciences sector, leading cutting edge research and supporting new opportunities for drug discovery and the use of genetics in clinical medicine. He is an outstanding ambassador for the UK life sciences sector, engaging the public with his work in genomics and on the genetic history of the UK."

Professor Donnelly hopes the award will also increase awareness of the role of statistics across society.

"I'm utterly convinced that the combination of statistics and data science with genetics will transform the way we develop medicines and treat patients. It is such a great story," said Prof Donnelly.

ACEMS Deputy Director Kerrie Mengersen believes Donnelly's ties to Australia and the statistics community will help him tell that story.

"Peter is a great role model for Australian scientists in general and statisticians in particular," said Prof Mengersen.  "That is especially true with the support he provides for young researchers."

Professor Donnelly is a citizen of both the UK and Australia and believes his Queensland roots played a significant role in his life.

"My time growing up in Brisbane shaped the person I grew into.  The love and support of my parents and family, and the values they taught, my education at St Joseph's College Gregory Terrace and then UQ, and the fun and friendships from growing up have been central to everything that has followed."

The Queen's Birthday Honours recognise the achievements of extraordinary people from all aspects of life in the UK and across the Commonwealth. This year's event coincided with the Queen's 93rd "official" birthday on 7 June.