A good deal of Peter Taylor's passion and research focuses around the study of random, or stochastic, processes.

But for one week, there was nothing random about Peter's life. In fact, it was all very much planned around him and for him.

People from around the world travelled to Australia to celebrate Peter's 60th birthday amongst a series of Applied Probability workshops and conferences in Queensland.

The highlight was a workshop on "Queues, Modelling, and Markov Chains" to honour the ACEMS Director. It was held on Mount Tamborine, about an hour from Brisbane.

"It was as if you went to a conference and designed it for yourself. It was a group of people who have been a part of my life, talking about things they knew I'd be interested in," said Peter. 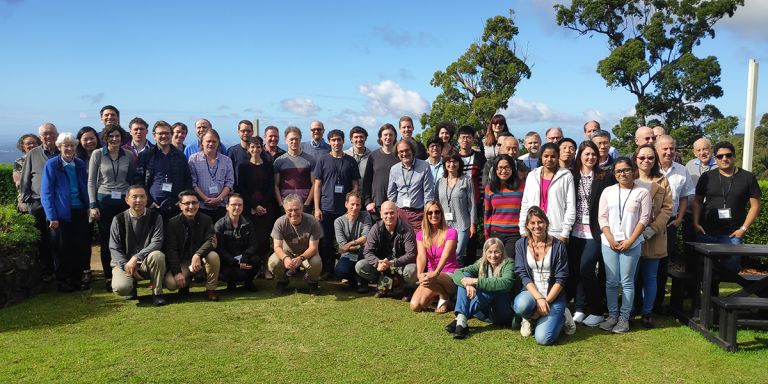 "It's a real honour. I think what it says beyond me personally, is that the Australian applied probability scene is respected around the world," said Peter.

Peter was Mark Fackrell's PhD supervisor, graduating in 2003. Now they work together at The University of Melbourne.

"It was a great pleasure to see Peter recognised in such a way by many of his colleagues and previous and current students. It was very well deserved. Peter has not only contributed substantially to the field of Applied Probability, but the lives and careers of so many people in so many different ways," said Mark, an Associate Investigator with ACEMS.

While Sophie Hautphenne was a PhD student in Brussels, she met Peter during two separate visits to Melbourne in 2007 and 2009. In 2011, she moved to Melbourne to work as a postdoctoral fellow with Peter. That didn’t last long. She very quickly was awarded an Australian Research Council Distinguished Early Career Researcher Award and she is now a Senior Lecturer in the School of Mathematics and Statistics at the University of Melbourne.

"Over the years, I've come to realise that besides being a great mathematician, Peter is also an amazing person. He is incredibly generous and understanding. He always wants to give everyone a chance, and he's always willing to help," said Sophie. "His support has helped me improve my confidence and become a better researcher."

Azam Asanjarani was Peter’s postdoc for about a year after finishing her PhD at The University of Queensland and before joining The University of Auckland as a lecturer. She got to know Peter over the years at various workshops and ACEMS events. It was a workshop in 2013, though, where Peter made a big impression on her. 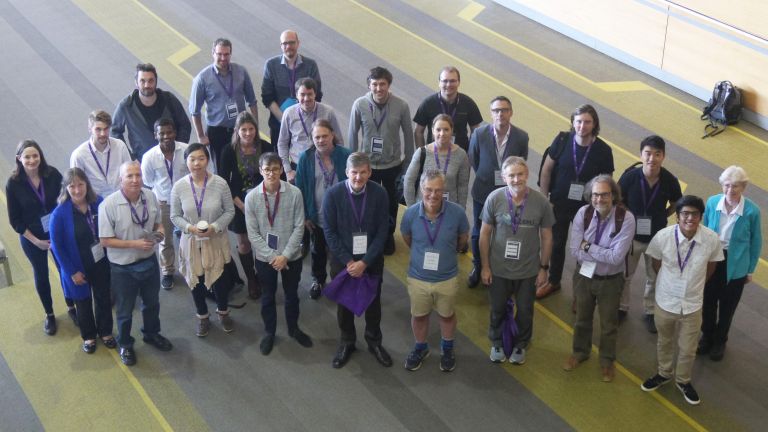 "I vividly remember it. It was the second day of my PhD and this workshop and Peter could see I was a bit confused from the upper-intermediate talks I had attended. He said it was natural to feel this way because I was new to this area. That helped reassure me," said Azam.

Many people spoke about Peter's support for them and how it made a difference in their lives.

"It does bring home that if you are a teacher, a professor, a lecturer, you are, in some sense, in a position of power and a word, either way, can make a difference to people's lives," said Peter.

Following the weekend workshop on Mt Tamborine, there were two workshops at The University of Queensland, as well as the 20th INFORMS Applied Probability Society Conference. Held this year at the Brisbane Convention Centre, the INFORMS Conference is the major worldwide gathering for the applied probability community.

For Peter, all these events were a great reminder of one important thing.

"It is about being part of a community, and that is what a number of people spoke about. It really is more than just about work or research," said Peter.

And for one week in late June and early July, the Applied Probability Community said ‘thank you' to Peter for all that he's done over the years, and that he will continue to do moving forward.