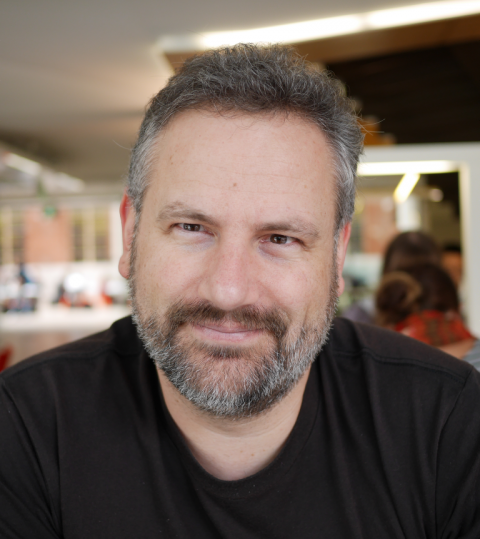 Matt is a Chief Investigator for ACEMS at The University of Adelaide. The ACM is the world’s largest computing society, bringing together computing educators, researchers and professionals from many different countries.

“The thing that is both gratifying and humbling is that this is recognition from a group of peers that I really admire. It’s absolutely amazing that they think I am worth including in their group,” said Matt.

In naming Matt a Fellow, the ACM cited his “contributions to internet measurement and analysis, with applications to network engineering.” In addition to the internet, a lot of his work includes studying systems like telecommunication networks. Matt says one of the key challenges in studying these systems is that they’re hard to measure directly.

“Usually the data is tricky in some respect, so I need to work out ways of getting what I need from the data that actually is available. It involves maths and stats, but also a deep understanding of the problem, and often some algorithm development as well,” said Matt.

Matt also says there’s a misperception about the problems network engineers face just because the systems are built or engineered.

“Big networks now have literally millions of pieces, and they grow almost organically. So the problems network engineers face are almost like those for someone managing a coral reef rather than an engineered system,” said Matt.

Matt’s work includes studying traffic matrices, which show the volumes of traffic in any network from the sources to the destinations. The goal is to come up with an optimised network design.

“A lot of my work has been bridging between mathematicians and engineers and computer scientists. So I am involved with a pretty diverse set of communities, and I think this is a great place to be. Inter-disciplinary work is, for me, the most exciting,” said Matt.

For Matt, that’s what makes being a part of the ACM so important.

“I found that the best audience for my work was often at an ACM conference. They appreciated the value of mathematical solutions to practical network problems.”

But now, he’s more than just a member. The ACM says its Fellowships represent the top 1% of ACM members for their “outstanding accomplishments in computing and information technology.”

Of the 56 people who will be inducted as ACM Fellows in San Francisco next June, Matt is the only one from Australia.