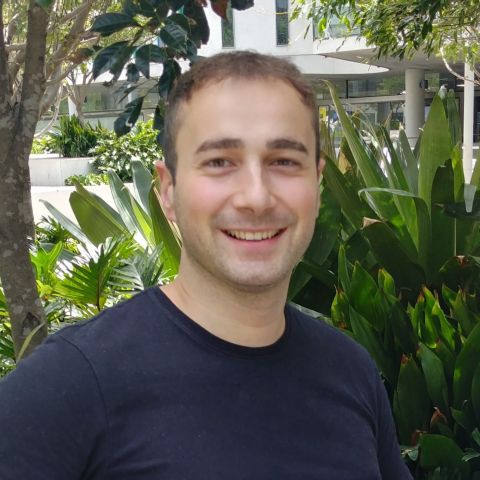 Luca is an ACEMS Research Fellow at UTS. He was one of only five people from around the world selected to present at the IBC’s Young Statisticians Showcase.

*UPDATE: The Conference has been postponed

One of Luca’s research projects is a collaboration with ACEMS Chief Investigator Matt Wand, also at UTS, and Dr Robert Aykroyd from the University of Leeds in the UK. Luca recently wrapped up a trip to Leeds at the end of January.  He says their research looks into variational approximations for fitting inverse problem models.

“For those who do not know what inverse problems are, think about a blurry image. Our aim is to reconstruct, or deblur, the image. This is the ‘inverse’ thing from which the terminology inverse problem comes,” says Luca.

Luca’s research is very methodological. To participate in the IBC Showcase, though, he needed to show how he could apply that research. Inverse problems arise in a variety of fields ranging, for example, from archaeology to biomedicine. The application Luca proposed for the IBC Showcase involves tomography for medical imaging.

“While my first love of stats involves the methodological side, we always hope that what we’re doing could have big implications in applied fields of research. In this case, our wish is that it will help reduce the time and cost of scans and decrease the radiation doses.”

Luca was working on his PhD at the University of Padua in Italy when he started collaborating with Matt Wand at UTS. When Matt had a postdoc opening come up, Luca jumped at the chance to work with him. He’s been with ACEMS at UTS since 2018.

Matt was very pleased to see Luca get this honour.

"Luca is a dedicated young statistician and very deserving of such a prestigious award. We will celebrate with some rice wine in Seoul,” says Matt.

Luca is the second straight ACEMS member from UTS to pick up this honour. Former ACEMS PhD student Tea Uggen represented the Australasian region at IBC 2018 held in Barcelona, Spain.