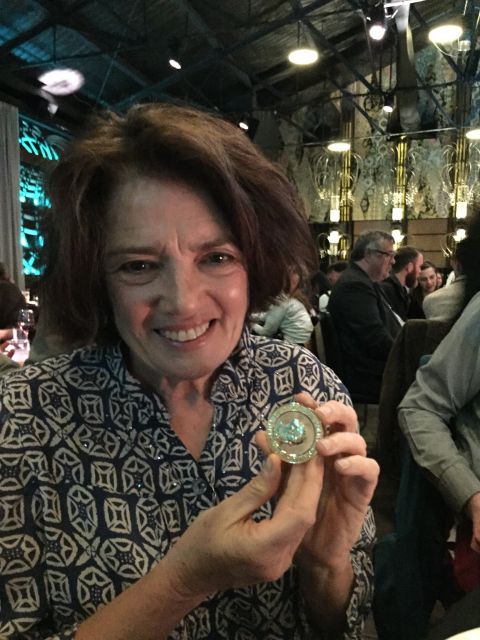 The Statistical Society of Australia awards Prof Louise Ryan with its highest honour, the Pitman Medal.

Louise is a Distinguished Professor of Statistics at the University of Technology Sydney (UTS) and a Chief Investigator with ACEMS.

In a statement, the Statistical Society said it selected Louise for her “development and application of statistical methods for cancer and environmental health research… she is recognized for her ability to identify good technical problems motivated by real world applications.”

Louise’s career has been mostly in the field of biostatistics, which is the application of statistics to a wide range of topics in biology, including medicine and public health.

Louise says she loves biostatistics because it allows her to get the best of both worlds of statistics, working with theory and applications.

“It’s a synergistic blend of methods and applications, that sweet spot where you’ve got some really good applied projects and those projects inform interesting methodological ideas,” said Louise.

Louise believes working in a biostatistics allows her to take a more collaborative approach to research, which is something she really enjoys.

Louise was awarded the Pitman Medal at the Joint International Society for Clinical Biostatistics and Australian Statistical Society Conference held in Melbourne in August 2018.

“It was very special to have the medal awarded at that joint conference, because I felt that it was part of a celebration of biostatistics in Australia,” said Louise.

Louise is the 23rd person to receive the prestigious award since it was first presented in 1978, and only the second woman to receive it.

In its statement, the Statistical Society said Louise is “highly regarded for her mentoring of young researchers, and for her considerable efforts to increase the participation of women and minorities in statistics.”

Prof Scott Sisson (UNSW) chaired the Pitman Medal committee, and just finished his term as President of the Statistical Society.

"The Pitman Medal is only awarded to truly outstanding recipients, and the strength of Louise's case was head-and-shoulders above everyone else. She is an extremely deserving recipient of the Pitman Medal, and I'm personally delighted that this award was made during my tenure as President," said Scott, who is also a Deputy Director and Chief Investigator for ACEMS.

In addition to the Pitman Medal, Louise has received a number of prestigious awards and honours, including her 2012 election to the Australian Academy of Science, a 2015 honorary doctorate from Ghent University, and Harvard’s 2015 Centennial Medal. She is also currently the President of the International Biometrics Society.

Louise earned her undergraduate degree in statistics and mathematics from Macquarie University. She left Australia in 1979 to complete her Ph.D. in statistics at Harvard and remained there to take up a postdoctoral fellowship in Biostatistics, jointly between Dana-Farber Cancer Institute and the Harvard School of Public Health.

Louise went on to join the Harvard faculty, eventually being appointed Henry Pickering Walcott Professor and Chair of the Department of Biostatistics.

She returned to Australia in 2009 to take up a position at CSIRO and joined UTS in 2012. She was a member of the inaugural ACEMS Executive Committee when the Centre was formed in 2014, and remains a Chief Investigator with the Centre.