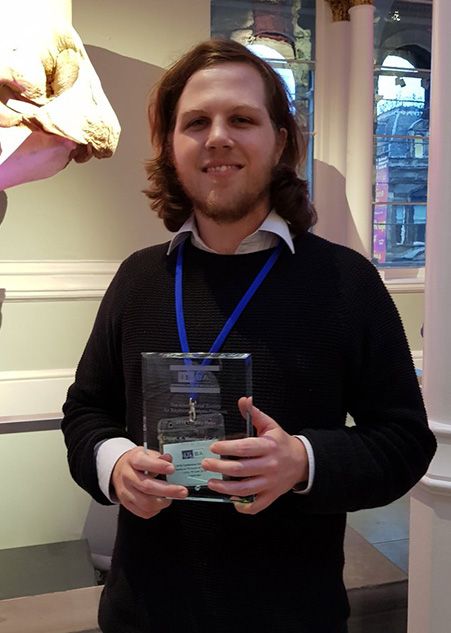 A team of four ACEMS researchers from QUT has just been awarded the Lindley Prize at the World Meeting of ISBA, the International Society for Bayesian Analysis.

“The paper deals with a very hot topic in Bayesian statistics which is variable selection, in particular for high-dimensional data sets,” said Matt Sutton, an ACEMS PhD student at QUT and one of the paper’s co-authors. 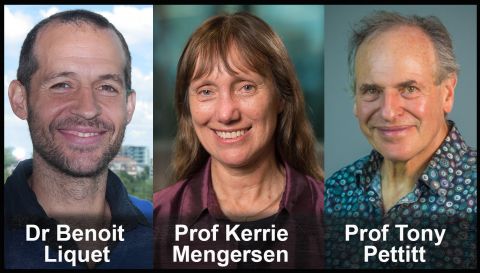 The aim of the research was to improve methods for the analysis of 'big data', where the goal is to predict multiple outcomes using a large number of possible predictor variables, and where there is a natural grouping in the data.

“This is vitally important in genetics and other medical settings where you have data sets where there are an incredible number of variables,” said Matt.

For Matt and co-author Dr Benoit Liquet, it was one of their first real ventures into Bayesian statistics. That gave them the chance to collaborate with ACEMS Chief Investigators Kerrie Mengersen and Tony Pettitt.

“I used to be a frequentist statistician, so it’s a huge honour for me to receive such a prize from the Bayesian community, especially one in memory of the great Dennis Lindley,” said Benoit.

In addition to their ground-breaking statistical methodology, the team created an R package called MBSGS and released it on CRAN so their methods could be implemented easily.

The Lindley award committee chair, Dr. Bruno Sansó at University of California Santa Cruz, commented that the paper was the one that showed the highest potential for impact in the field of statistics and its applications.

“The methods proposed in the paper are clean, seemingly easy to implement, and effective. The discussion is well-written and focuses on interesting methodology. The simulation study is extensive. The paper presents a convincing demonstration on existing data. The use of the methods is facilitated by the existence of an R package,” wrote Dr Sansó. 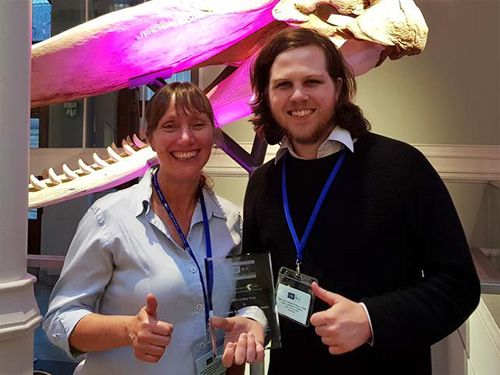 “This is an unbelievable honour. It’s a real thrill and I’m very proud of being a part of this team,” said Matt.

For Prof Tony Pettitt, it means a lot to receive an award named after Dennis Lindley.

“I recall, with great admiration, Dennis Lindley's lectures and seminars in the 1970's and 80's to popularise Bayesian statistics when I lived and worked in the U.K.,” said Tony.

The team was presented the awarded at the end of the ISBA World Meeting in Edinburgh, Scotland.