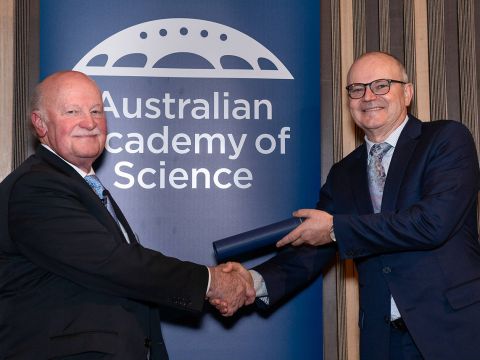 The Australian Academy of Science names Professor David Balding as one of its 2019 Fellows.

Prof Balding is a Professor of Statistical Genetics at The University of Melbourne, in the School of Mathematics and Statistics and in the School of Biosciences. He is Director of Melbourne Integrative Genomics (MIG), which is co-hosted by the two schools, and also an Associate Investigator with ACEMS.

“We developed a formula to help evaluate the evidence taking into account relatedness among individuals and other sources of error and uncertainty in the data, so that we could report the evidence fairly,” said Prof Balding.

His DNA analysis techniques helped convict one of Scotland’s most notorious killers, Angus Sinclair, for the infamous ‘World’s End’ murders of two women, 37 years after they had been killed during which time the DNA became highly degraded. His statistical analysis also helped prove that the skeletal remains found buried under a parking lot in England were those of medieval king, Richard III.

VIDEO: Prof David Balding talks about his research with Australian Academy of Science

In addition, Prof Balding’s research explores how your genome leads to outcomes like your appearance and your health. He has also highlighted misleading claims by some genetic ancestry testing companies.

Prof Balding hopes his election as a Science Academy Fellow will help him spread the key messages of his research. 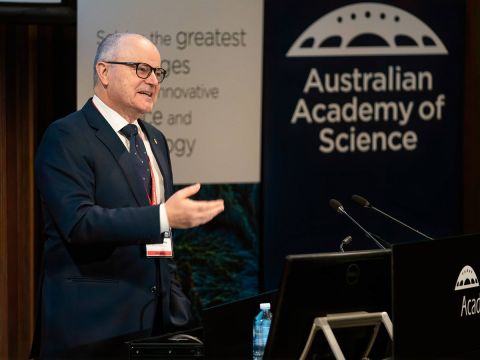 “I hope it means my voice will carry more weight when, for example, I talk about the need for a more quantitative approach to evaluating evidential weight in courts, or when I criticise genetic ancestry companies for misleading claims,” he said.

Prof Balding studied mathematics at the University of Newcastle in New South Wales, before heading to the University of Oxford to study for a PhD in mathematics. His career took a turn toward statistics, when he landed a job teaching stats while completing his PhD in applied probability.

“I had to learn it in a hurry. That got me interested.”

From Oxford, he moved to Queen Mary London, the University of Reading, Imperial College London, and University College London. After 30 years in the UK, Prof Balding returned to Australia in 2014.

Prof Balding hopes his fellowship will also highlight the importance of maths and stats throughout the science community.

“I want to shine a light on the difficulties of a genuinely interdisciplinary approach to science based on a solid mathematical foundation. The hard part is making the right assumptions and that requires communication with other researchers and with end users,” said Prof Balding.

Prof Balding is one of 22 scientists just named a Fellow by the Science Academy. He was inducted into the academy at a ceremony in late May.