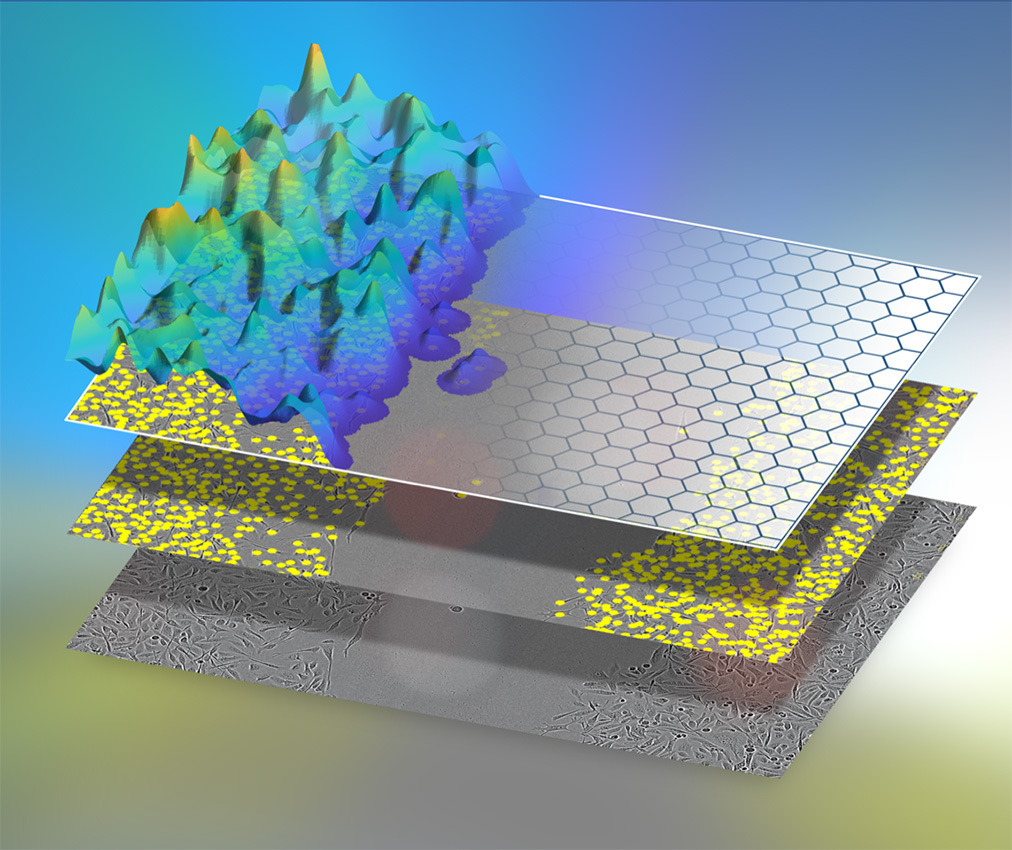 New research shows cells move and interact with each other in a way that is counter to what scientists have always believed.

The study, published in the Journal of the Royal Society Interface shows that cell movement actually increases when there are more cells around.

“We were quite surprised,” said Alex Browning, a PhD student with the ARC Centre of Excellence for Mathematical and Statistical Frontiers (ACEMS) at QUT and lead author of the study.

“Scientists in the past have thought of cells like people. The more space you’ve got, the easier it is to move. Turns out, it is more complicated than that. They need more cells before they move,” said Professor Simpson.

The motivation for the study was to test some new mathematical models the team had recently developed. It turns out, they’re ideally suited to explore cell biology experiments. Such experiments are commonly used as screening tools to understand potential drug treatments, or different physical treatments like different surface coatings.

The team used advanced mathematical modelling and statistical analysis on a common experiment used by biologists known as a scratch assay. Cells are placed in a well, and then a scratch is made to create a large vacant region that separates the cells. Scientists then observe how the cell population grows and cells move to fill up that space. In this research, the team used prostate cancer cells.

Surprisingly, typical experimental protocols do not vary the initial cell density, or the initial number of cells that are used.

“We wanted to explore how cell density affected the dynamics of the experiment by quantifying this. Our mathematical and statistical methods allowed us to identify the nature of cell to cell interactions in the experiments that might lead to density dependent behaviour,” said Mr Browning.

The other issue is that cell biologists and mathematicians have always assumed that cell movement, or motility, is independent of density, and not affected by cell-to-cell interactions.

“Our results showed the opposite of what has always been assumed. It turns out, a higher density environment where there are more cell-to-cell interactions actually increased cell movement,” said Mr Browning.

Professor Simpson said it also had implications for mathematicians.

“People often don’t change things. The simplest thing we have done here is to change the initial number of cells. By changing some of the most fundamental features of these experiments, which is so basic that no one ever questions, we actually learn an awful lot,” said Prof Simpson.