The Australian Academy of Science elects ACEMS Chief Investigator Professor Aurore Delaigle as one of its new Fellows.

Aurore is one of 24 scientists chosen by the Science Academy’s for its class of 2020 Fellows. In its citation announcing her Fellowship, the Academy says Aurore is internationally known for her innovative contributions to mathematical statistics.

“I am motivated by questions that solve real practical problems,” says Aurore, an ACEMS Chief Investigator and Professor of Statistics in the School of Mathematics and Statistics at The University of Melbourne. 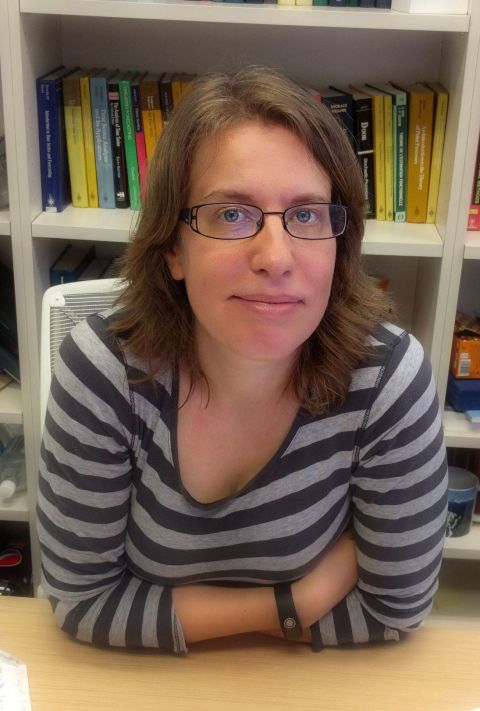 For Aurore, her passion is to tackle challenging problems in the health sector. Recently, that includes research to use group testing to try to estimate the prevalence of a disease in a population. In group testing, patients are pooled into groups, of say 5, and instead of testing all the patients in a group, only one test is performed on a ‘pooled’ specimen.

“This is especially helpful when we have limited resources or time and can only afford to perform a limited number of tests. From those pooled tests, we are still able to accurately describe the individual level of infection in the population,” says Aurore.

Aurore has developed statistical techniques to take the grouping into account. Such methods are even being considered now in trying to estimate the prevalence of COVID-19 in a population.

Aurore also continues to develop new statistical methods in an area of research that she’s worked on since her PhD. Known as ‘measurement errors’, these are problems where researchers are not able to directly observe the data that could answer the questions they have.

“Instead, we observe data that is imprecise and has an indirect connection to the data we want. My goal is always to make the problem and the solution more realistic to fit closer to what we see in real life,” says Aurore.

Her work on measurement errors allowed her to meet world-renowned statistician Professor Peter Hall while she was a postdoctoral Research Fellow at the University of California Davis in 2003 and 2004.

“He had written one of the most influential papers on measurement errors, so I made it a point to introduce myself when he visited the school,” says Aurore.

About a week after that introduction, Aurore showed up at her office to find the first draft of a paper on measurement errors written by Peter Hall sitting on her chair.

“He wanted to know if I was interested in working on it with him. That’s how we started collaborating,” says Aurore.

Peter Hall moved to The University of Melbourne in 2006, and Aurore’s collaboration with him brought her to Melbourne starting in 2007. Peter, of course, was ACEMS’ inaugural director in 2014 before he passed away in 2016.

Aurore’s work on measurement errors has allowed her to work with other top researchers around the world, including Raymond Carroll, a Distinguished Professor of Statistics, Nutrition and Toxicology at Texas A & M University.

“Many of my projects on measurement errors are with him. He is a world leader in the area, and  he always knows of interesting problems related to nutrition," says Aurore.

Aurore has always believed in giving back to the statistical community, serving as an editor or associate editor for some of the most prestigious international statistics journals. She spent six years as the Executive Secretary of the Institute of Mathematical Statistics (IMS). She served as an Associate Program Chair for the 2017 Joint Statistical Meetings (JSM), the largest annual gathering of statisticians from the around the world. In 2018, the American Statistical Association named her a Fellow.

Aurore’s just announced Fellowship is not the first time the Australian Academy of Science has recognized her. In 2013, the Academy awarded her the Moran Medal, given every two years to an early career researcher in the mathematical sciences.

“I feel extremely honoured to be named a Science Academy Fellow,” says Aurore.