The Society for Mathematical Biology (SMB) awards ACEMS PhD student Alex Browning one of its most prestigious prizes, the Lee Segel Prize for ‘Best Student Paper’.

The Society only awards the Lee Segal Prizes every two years. Only papers published in the Bulletin of Mathematical Biology for the previous two years are considered. There is an award for overall Best Paper, and Alex won the prize for the best paper with a student first author. 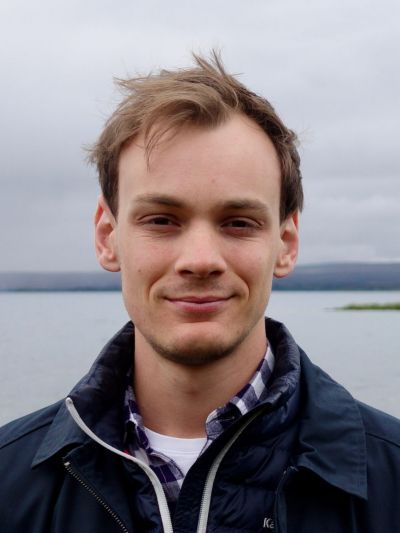 "Mathematical biology is an extraordinarily large field in which we break down systems in biology to mathematical ‘rules’ from which we can build models. I enjoy working at the interface between mathematics, biology and statistics. We work on very practical problems." says Alex, a PhD student with ACEMS at QUT.

Alex won for his paper, A Bayesian Sequential Learning Framework to Parameterise Continuum Models of Melanoma Invasion into Human Skin.

“In this research, we are interested in understanding the invasion of melanoma cells into human skin,” says Alex.

Experiments that examine this problem are expensive, time-consuming and complicated, so researchers sometimes end up only with a small sample of experimental data. That’s where the mathematical modelling comes into play. Alex’s research aimed to address a significant problem that occurs when you calibrate a mathematical model to a very small amount of experimental data.

“We solved this by considering data from a sequence of experiments conducted with the same cells, which we calibrated to a sequence of mathematical models.”

In other words, Alex’s approach allows researchers to learn more about the cells as they gradually added complexity into the experiments and the models. Alex believes this ‘Bayesian sequential learning’ approach will be relevant in other biological contexts.

“Alex’s work is deserving of the Lee Segal award because he attempted, and successfully completed, an important task that has never been achieved before.  Mathematical models describing invasion of malignant cells into surrounding tissues have been developed, described and analysed in the applied mathematics literature for several decades.  Surprisingly, however, it was not until Alex’s project that this kind of model was quantitatively applied to data,” says Mat.

“I am very excited to be working on problems that require a combination of skills, in this case experimental science, mathematical modelling and computational statistics, because it allows us to produce insight that is not otherwise possible.”

The Society is the largest mathematical biology community in the world. The Lee Segal Prizes were established in memory of Lee Segel, who made great significant contributions to the Bulletin of Mathematical Biology and the field of mathematical biology as a whole. The award also comes with an invitation to speak at the annual SMB Conference.