A prestigious mid-career honour and the prizes for two best talks get awarded to ACEMS members at the recent ANZIAM Conference.

ANZIAM stands for Australia and New Zealand Industrial and Applied Mathematics. It’s a division of the Australian Mathematical Society (AustMS). 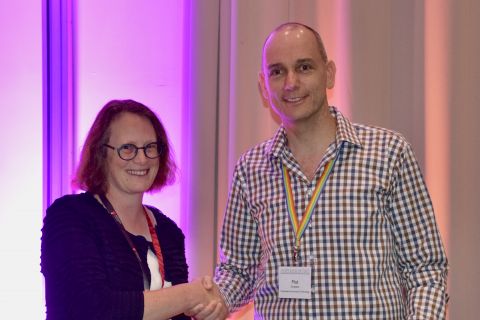 One of ANZIAM’s top honours, though, is the E.O. Tuck Medal, awarded to a mid-career researcher for outstanding research and distinguished service. This year, ANZIAM awarded it to QUT professor Matthew Simpson, who recently became an ACEMS Associate Investigator. Mat says receiving the E.O. Tuck Medal comes at an exciting time for him and his research group.

“Over the last five years we have begun to focus on an emerging area of mathematical biology by working more closely with experimental data, statistical science and computational statistics, and I appreciate the vote of confidence from the ANZIAM community,” says Mat, who is also the Deputy Director for the Australian Mathematical Sciences Institute (AMSI).

Mat’s work involves building and analysing mathematical models to interpret experimental observations in cell biology. A challenge he faces is that things like data, observations, and even experimental protocols, continue to evolve because of new innovative technologies.

“This means there’s a massive range of potential mathematical models from which we must choose. My research has begun developing quantitative methods, using theory from applied mathematics and computational statistics, to help inform these choices,” says Mat. 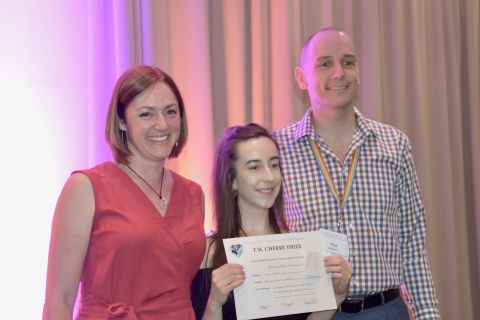 Rose Crocker won the T.M. Cherry Prize for best student presentation for her talk on improving mathematical predictions about climate and other geophysical systems.  She’s interested in large scale, time-dependent structures, like a tropical cyclone or circulating ocean currents. To explain them, she combines something called Lagrangian Coherent Structure (LCS) theory with Data Assimilation Schemes.

“LCS tend to play a part in the transport of key physical properties, such as heat and segregate the flow behaviour into distinct regions. Data assimilation is a key technique for making predictions about geophysical systems by optimally balancing information from data and mathematical models,” says Rose.

Making Rose’s accomplishment even more impressive is that this was her first conference and conference presentation. Rose says she felt very supported, though. 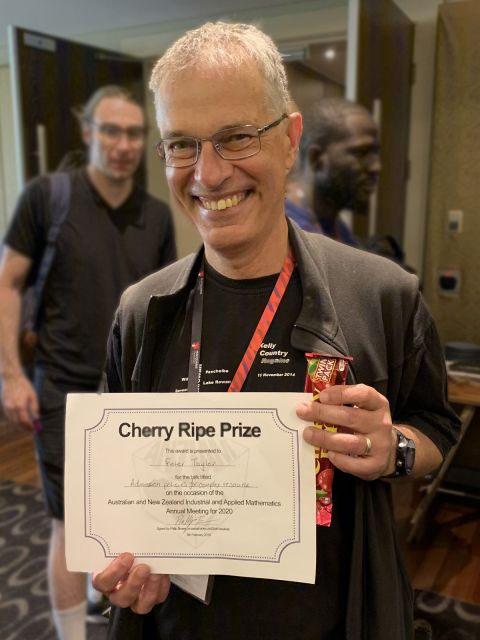 "I liked how friendly the people in the ANZIAM community were. It would have been a very daunting experience if they weren’t so supportive,” says Rose.

While it was Rose’s first ANZIAM, ACEMS Director Peter Taylor first started coming to ANZIAM in 1984. Still, he was very honoured to be one of two people to win the Cherry Ripe prize for best non-student talk. His talk was titled "Admission policies for complex resource allocation problems”.

"In recent years, I’ve been lucky to win some `official awards’. However, I’ve always said that the Cherry Ripe Prize is the award that I’ve always wanted to win, because it is voted on by the students. I’ve twice before got honourable mentions, but this is the first time that I have won it. So I am thrilled," says Peter, who was awarded the ANZIAM Medal in 2019.

The colourful history of the Cherry Ripe Prize at ANZIAM

Mat attended his first ANZIAM in 2004. It was the first time he had met other mathematical biologists.

“It turns out, several of these people have since become mentors, colleagues and friends. Now as a research supervisor, I encourage my students and postdocs to attend ANZIAM as well in the hope they can make similar connections,” says Mat.

“On a more personal note, I was particularly pleased to see the LGBTIQA+ informal gathering that was started a few years ago has now evolved to a more formal event over breakfast. Formally hosting and supporting this event sends a clear signal that ANZIAM strives to be welcoming and inclusive,” says Mat.

ACEMS would also like to congratulate the other ANZIAM award winners:

ANZIAM held this year's conference in Hunter Valley, NSW. In 2021, it will be held in Cape Schanck, Victoria. 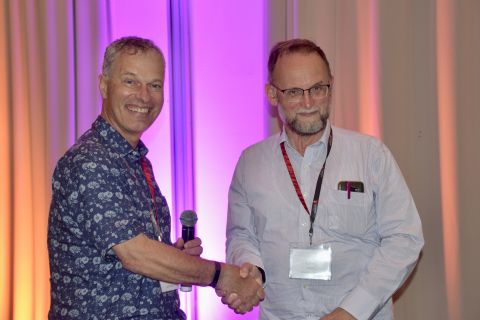 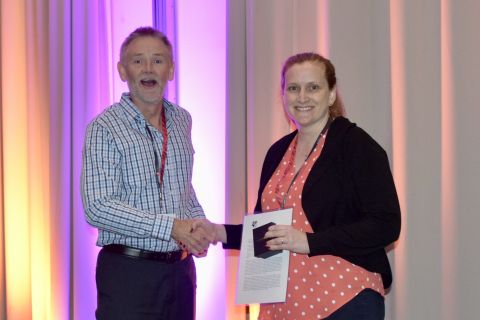