Citizen scientists from around Australia are helping scientists and reef managers get a much better picture of the health of the Great Barrier Reef.

So far, they have looked at over 2.6 million points on more than 170,000 underwater images of the Reef and told us whether they can see coral, algae or sand. 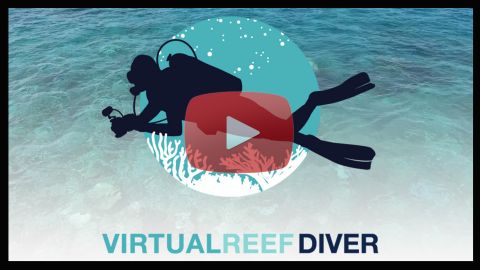 Watch a video about the project

“The response we’ve had from citizen scientists has been amazing,” says spatial scientist and project leader Dr Erin Peterson from Queensland University of Technology. “We couldn’t collect this volume of data without their help.”

“We’re taking their classification data and feeding it into our scientific models of the Reef, to better understand issues like changes in coral cover across the Reef.

“Virtual Reef Diver is such an exciting and unique project, combining statistical monitoring and citizen science to tackle one of Australia’s—and the world’s—most urgent issues, the protection of the Great Barrier Reef,” says statistician Distinguished Professor Kerrie Mengersen from Queensland University of Technology.

And it’s not too late to help the Reef by diving through your computer, tablet or mobile screen from wherever you are around Australia.

Virtual Reef Diver (virtualreef.org.au) will be running until at least the end of the year but if you take part during August you could win a GoPro camera. Every five images you classify during August give you an entry into the competition.

“I’ve seen the impact citizen science projects can have, through the many online projects the ABC has run for National Science Week,” says ABC Science’s Kylie Andrews.
“It’s great to see Australians from all over the country pitching in to work on one of Australia’s most iconic environments—the Great Barrier Reef.”

Virtual Reef Diver is the online citizen science project for National Science Week 2018, undertaken by ABC Science with funding through the Australian Government’s Inspiring Australia strategy. The project was developed by Queensland University of Technology, in conjunction with a number of scientific and community organisations, including ACEMS. Dr Peterson is an Associate Investigator with ACEMS, and Distinguished Professor Mengersen is a Deputy Director and Chief Investigator for ACEMS.