ACEMS researchers are working with a team from the United Nations to help countries around the world unlock the valuable information hidden inside satellite imagery data. 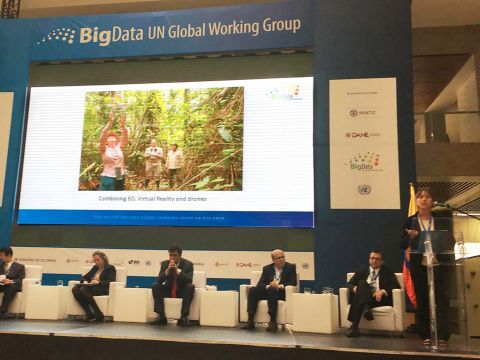 ACEMS Deputy Director and Chief Investigator Kerrie Mengersen is a member of the UN Task Team on Satellite Imagery and Geospatial Data.

“We’re talking about data that can help deal with problems like crop production, the movement of populations, poverty, disease, and threatened species, just to name a few,” said Prof Kerrie Mengersen, a Distinguished Professor at QUT.

The handbook shows the different types of earth observations data, the sources for it, and how the data produces statistics. Countries can then use this data to gain big insights into issues they’re facing.

“This is a big change for official statistics agencies in many countries. Many of them don’t have any training, expertise or resources when it comes to this type of data,” said Prof Mengersen.

“This report examines questions like, what is earth observation data, what does satellite data look like and how do we analyse it. Also, how do we store the data and what is the purpose of it for official statistics.” 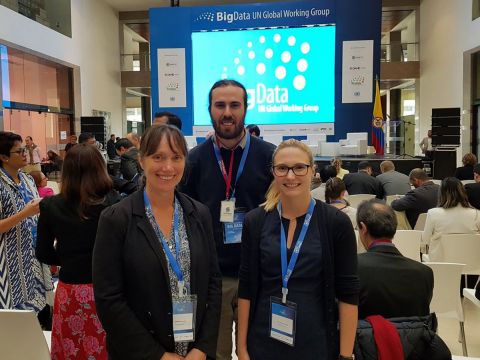 In addition to the report, the team held a workshop in Bogota, Colombia as part of the United Nations Conference on Big Data. Prof Mengersen was the lead presenter at the workshop.

Jacinta Holloway, who was with the Australian Bureau of Statistics (ABS) and is now with ACEMS, managed the development of the workshop and was also a presenter in Bogota, Colombia.

“The trip to Colombia was hard work but so enjoyable. The participants in the workshop said they found it very helpful and some had plans to implement things they had learned when they went back to their organisations,” said Jacinta.

This initial report lays the groundwork for many NSOs. Jacinta says the UN team will run another technical workshop in April, this time in Bangkok.

“In the next phase, the Satellite Imagery Task Team will be developing methods and models for producing these statistics and sharing them with other organisations,” said Jacinta.

“It’s a really rewarding group to work in because you can clearly see how using freely available data sources to gain insights into a country is so valuable to developing countries that can’t necessarily afford to run surveys to learn more about their people and their environment.”

Dr Siu-Ming Tam, who is the Chief Methodologist for ABS, got the team up and running. Dr Tam got to know some of the ACEMS researchers after two joint ABS-ACEMS workshops over the past two years and invited them to be a part of the UN Team.

Other members of ACEMS at QUT who were involved in the initial project include James McBroom, Brigitte Colin, Ben Fitzpatrick and Matthew Sutton.