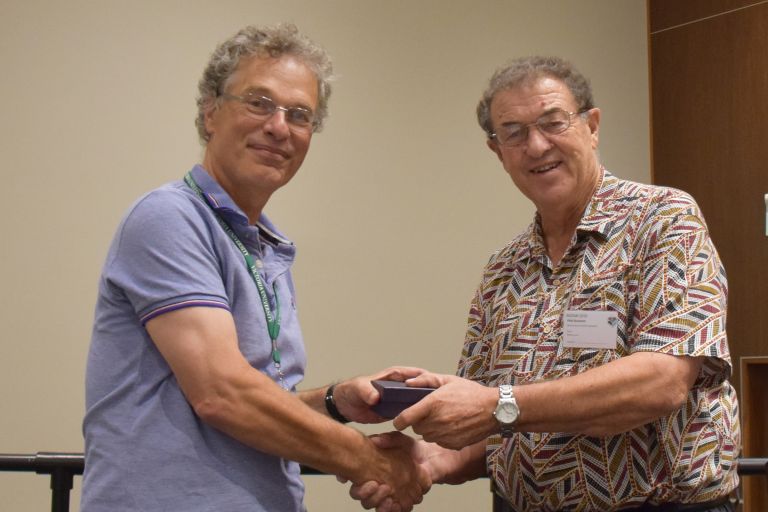 Peter was presented the medal at the 54th Annual ANZIAM Conference, held this year in Nelson, New Zealand.

“I attended my first ANZIAM conference back in 1984, and have been involved with it for a long time, so this is a big thrill,” said Peter.

ANZIAM is a division of the Australian Mathematical Society (AustMS). For Peter, ANZIAM represents what he calls the broad church of applied mathematics.

“I work in applied probability, and to be honest, not a lot of applied probability is reported in talks at the ANZIAM conference. But there is common thread flowing through the talks, which captures what it means to be an applied mathematician: people are trying to understand real systems from a mathematical point of view. Some do it using differential equations, or they solve optimisation problems, or they may work in fluid dynamics, or dynamical systems, all these different things.”

“If someone asks me what I am, my first answer is always that I am an applied mathematician. This medal is a recognition of that,” said Peter. 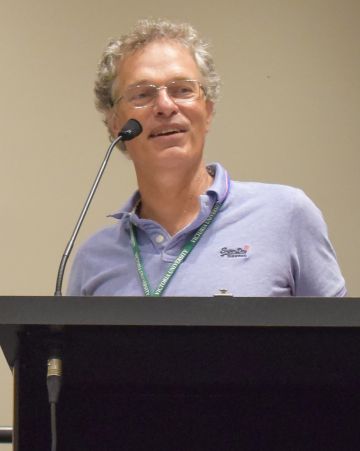 The ANZIAM Medal was first awarded in 1995. Peter is the 13th recipient.

“In the early days when the ANZIAM medal started, two of my greatest mentors, Ren Potts and Ernie Tuck, were two of the first three winners. My PhD supervisor, Charles Pearce, was the fourth winner. Along with my other PhD supervisor Bill Henderson, Ren, Ernie and Charles were major influencers on my career. And now I’m on the same list, so that’s an enormous honour.”

Dr Frank de Hoog is Chair of the selection panel for the ANZIAM Medal. He cited Peter's contributions to applied mathematics, but more importantly his leadership to that community.

"Peter has provided valuable leadership to the mathematics community both nationally as President of the Australian Mathematical Society (AustMS) and internationally through his active roles as editor and reviewer for several respected international journals. Peter was Chair of ANZIAM (2006-2008) and he played a key part in the design and implementation of the ANZIAM/CSIRO Student Support Scheme that has become an exemplar for other similar schemes elsewhere," said Dr Frank de Hoog.

As for this year's ANZIAM conference, Peter said he ventured a bit out of his comfort zone.

“There’s an enormous amount of mathematical biology now, a lot of modelling of epidemics, cell biology and things like that. This year, I presented  in a session that I wouldn’t normally talk to, about a probabilistic way of analysing a model for the way that cells proliferate in a growing organism, so that was interesting,” said Peter.

In addition to his role as ACEMS Director, Peter is a Redmond Barry Distinguished Professor in the School of Mathematics at The University of Melbourne.