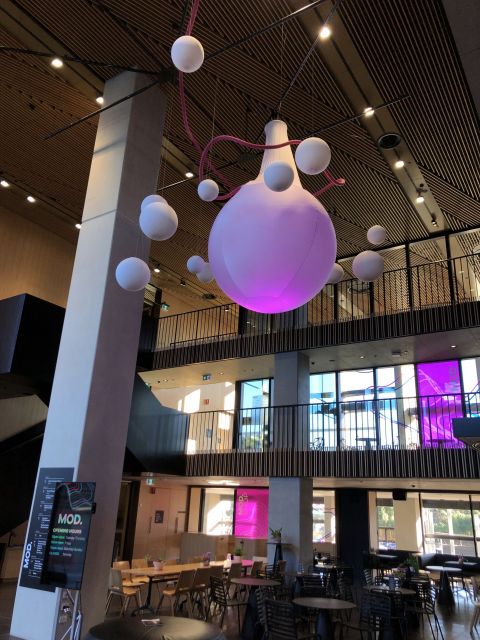 The Hedonometer on display at MOD

What started out as a conversation starter on Lewis Mitchell’s desk will now have people really talking at the newest exhibit at Adelaide’s Museum of Discovery (MOD).

It’s called a hedonometer, and starting this weekend, a giant version of the hedonometer will hang in the foyer of the MOD for the museum’s new exhibit titled, Hedonism.

Lewis’ research involves using mathematical tools to measure happiness on Twitter. He and several other researchers designed the hedonometer to visualise the happiness of the Australian ‘Twitterverse’ in real-time.

A few years ago, he built himself a small version of the hedonometer, which he called a hedoneggmeter. 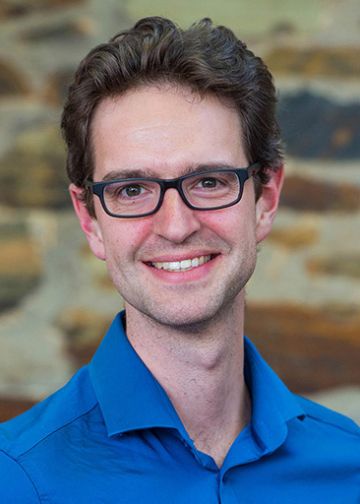 “It’s been on my office desk and has been a good conversation starter,” said Lewis, who is a lecturer with the School of Mathematical Sciences at The University of Adelaide, and an Associate Investigator with the ARC Centre of Excellence for Mathematical and Statistical Frontiers (ACEMS).

Last year at the South Australian Science Excellence Awards, he met the Senior Exhibitions Officer from MOD, Lisa Bailey, who mentioned the museum was starting to develop a new exhibition called Hedonism. Lewis showed her video of his hedoneggmeter, and from there, the idea developed to create a giant orb version of it for the MOD.

But the exhibit will be more than just a big start to the exhibition, or a conversation starter for that matter. Lewis also hopes it will help him advance his research.

In essence, his research assigns scores to certain words used in Twitter posts. Those scores help him show whether the twitterverse is happy or not.

This new exhibition will also allow visitors to rate the words with a continuous slider, rather than just using 1 to 9 integer values.

“This should let us explore the scores with greater precision than before. Visitors can also contribute information about their age and gender, which will allow us to study how different demographics react to different words. That will help us improve future versions of the hedonometer,” said Lewis.

The Hedonism exhibition opens to the public on Saturday 25 May at MOD.