ACEMS Researcher Receives Prestigious Award from The University of Melbourne

Congratulations to ACEMS Associate Investigator Michael Wheeler for winning the Dean’s Award for Research Excellence at The University of Melbourne.

The award recognises one early career researcher across the entire Faculty of Science at the university. This year, Dr Wheeler won the award for his research in mathematical physics. 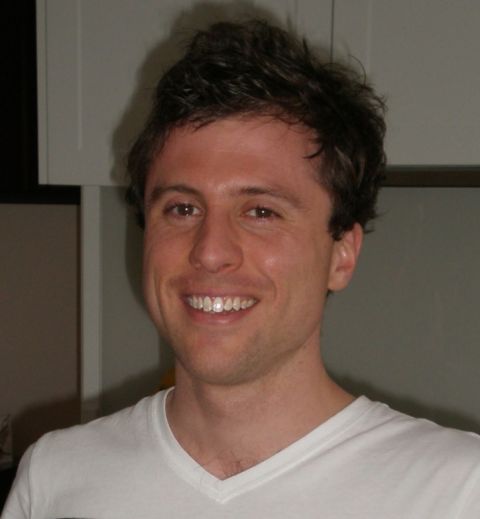 “It is a very exciting area of contemporary mathematics, which is allowing us to make exact predictions for the behaviour of certain randomly evolving systems,” says Dr Wheeler. “It combines several ingredients from pure mathematics, such as algebra and representation theory, to study the behaviour of real physical phenomena.”

His research touches on an active field of research, the Kardar-Parisi-Zhang, or KPZ universality class.

One example would be the growth of an ice crystal.

“What we’re interested in is looking at the surface of the growing crystal. It grows step by step, in a seemingly random way. Since the surface is jagged, it looks like it would be really hard to study. It turns out, though, models of this type live in the KPZ universality class. Because of this, you can actually learn a lot about how this ice crystal is growing.”

Dr Wheeler returned to The University of Melbourne two years ago, after a two year post-doc in Paris.

“Paris is one of the main centres of mathematics in the world. It has a huge concentration of leading mathematicians in one place doing cutting-edge research. I met a lot of people while I was there. It was a fantastic experience.”

The Australian Research Council awarded Michael a Discovery Early Career Researcher Award (DECRA) last year, so that he could continue his research in Melbourne.

Among those he’s collaborating with are ACEMS Deputy Director Jan De Gier.

“In a relatively brief period of time Michael has made outstanding contributions to the Big Models research program of the ARC Centre of Excellence for Mathematical and Statistical Frontiers (ACEMS),” said Prof De Gier.  “Michael's results on polynomials with many variables provide new advanced mathematical tools to describe collective behaviour in stochastic processes with many constituents, and already have significant impact internationally. We are thrilled that his results have been recognised by the prestigious and well deserved Dean's Award for Research Excellence.”

Dr Wheeler says he wants to develop his research into a core strength within ACEMS, as well as The University of Melbourne’s School of Mathematics and Statistics.