You’ve probably heard the saying, “jack of all trades, master of none.”

Even though Liam Hodgkinson describes himself as a ‘jack of all trades’ when it comes to mathematics, don’t look for that saying to apply to him.

If Liam’s young history shows anything, it is that he will certainly master whatever area of maths and probability he decides to work on. 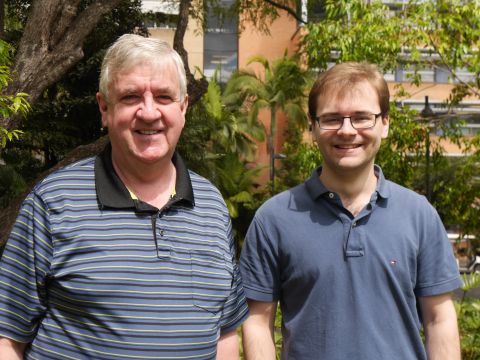 Liam is in the first year of his PhD with ACEMS at The University of Queensland. His supervisor is ACEMS Chief Investigator Phil Pollett.

"Liam is the most gifted mathematician I have supervised: honours or PhD,” says Professor Pollett. “What distinguishes Liam is his passion for inquiry, his imagination and depth of insight, and his breadth of mathematical knowledge."

Liam’s current work for his PhD looks at the accuracy of approximations to large-scale occupancy models. These models arise in ecology or epidemiology, for example, and are becoming more prominent as powerful spatial models; detailed enough to investigate important phenomena which were largely ignored for decades. 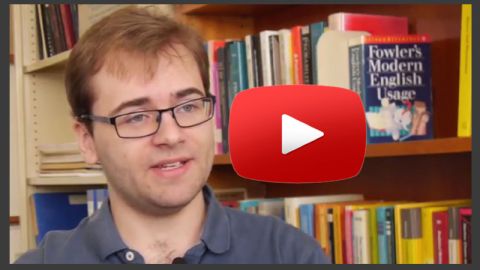 Already, Prof Pollett helped Liam by arranging a two week collaboration trip to the ACEMS node at The University of Melbourne. Liam says the things that he was starting to get interested in were overlapping with the work of some of the people in Melbourne, namely ACEMS Deputy Director and Chief Investigator Jan De Gier, and ACEMS Associate Investigator Andrew Barbour.

"Liam is a prime example of an ACEMS PhD student who crosses borders to make significant advances in mathematics,” says Prof De Gier. “In our discussions we explored an exciting collaborative project where Liam will use his mathematical background to significantly upscale precise results we obtained for a specific model to a very large class of stochastic models used for realistic population modelling, transport phenomena and droplet growth."

The trip was equally beneficial to Liam.

“By going to Melbourne, it expanded my horizons,” says Liam. “They were able to help me with some of the problems that I had. It also opened quite a few doors.”

Liam just recently finished his honours year at UQ, where he received a University Medal placing him in the top 5% of all 1st Class honours graduates, and the University’s Ethel Raybould prize, for having the best overall honours work in mathematics.

“The honours year is really tough here,” said Liam. “I had a pretty good idea that I had done a very good job of it, but to be told I did the best amongst everyone, I was pretty chuffed by that.”

VIDEO: Liam talks about the "Principle of Universality" and how it applies to his research collaboration with ACEMS researchers at The University of Melbourne

Liam started his studies in pure mathematics, but says Prof Pollett made him very interested in doing probability.

“With my background, I’ve been a bit of a ‘jack of all trades’ in all kinds of different maths,” says Liam. “Phil has allowed me to look into the things that interest me, and he’s certainly been very helpful with my writing.”

At this point, Liam isn’t entirely clear where his PhD and his research will take him. It’s clear, though, that he’s made quite a start for himself with ACEMS and we look forward to watching him these next few years.