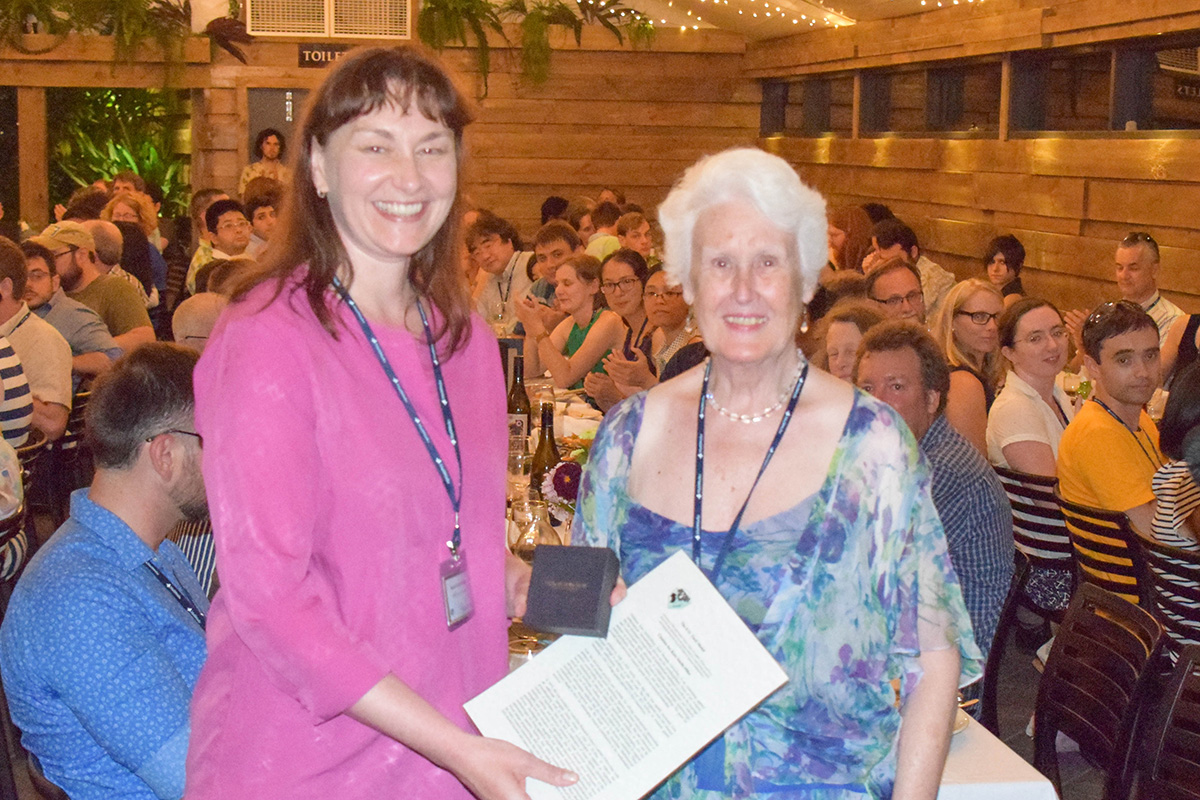 The EO Tuck medal is a mid-career award that recognises outstanding research and distinguished service to the field of applied mathematics, and is named in honour of the late Ernest Oliver Tuck. Kate received the award at the 2017 ANZIAM conference in South Australia.

“It is a great honour to receive the EO Tuck Medal, and it has come at a great time for me, just as I have been debating with colleagues about what is good applied mathematics in the modern era,” Kate said. 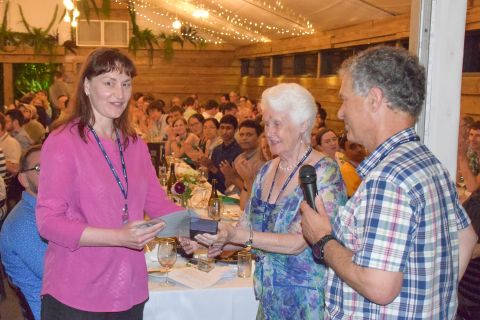 Kate is a Professor in the School of Mathematical Sciences at Monash University, where she was also Head of the School from 2009-2014. She is also the Chair of the Advisory Board for AMSI’S “Choose Maths” program, which is aimed at trying to increase female participation in mathematics.

Kate said she’s delighted that all three prizes awarded at the ANZIAM conference dinner were awarded to women. In addition to Kate’s award, Jody Fisher from Flinders University won the T.M. Cherry student prize and Alys Clark from the University of Auckland won the J.H. Michell medal for an early career researcher.

“It is so important for young female mathematicians to feel that their gender doesn't define their mathematical capabilities, to find role models, and to believe that they are encouraged and supported to achieve their potential,” Kate said.

Kate has a Laureate Fellowship from the Australian Research Council (ARC), and is also the inaugural Director of MAXIMA (the Monash Academy for Cross and Interdisciplinary Mathematical Applications), and President of the Australian Mathematical Society.

“To be honoured in this way by ANZIAM has been very affirming, and I will keep striving to contribute to both the novel application and development of mathematics,” Kate said.

“I believe that such balance is important, and creates a sustaining duality: ensuring impact in the short term from the toolkit of existing mathematics while providing the impetus to create the new mathematics that will lay the foundations for future mathematical toolkits.”

Kate was also just named a Chief Investigator for the ARC Centre of Excellence for Mathematical and Statistical Frontiers (ACEMS).