"Giving Teeth" to Technology to Save Jaguars in Peru 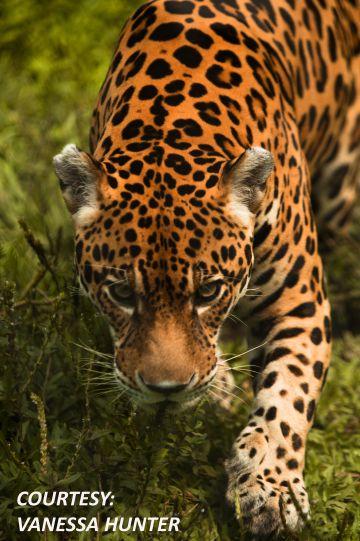 You’ve heard of immersive virtual reality being used for things like video games and movies, but conservation?

Researchers led by the ARC Centre of Excellence for Mathematical and Statistical Frontiers (ACEMS) are giving teethto this new technology to track and, hopefully, save jaguars in the Amazon.  The teeth they’re adding are mathematics and statistics to fill in huge gaps in data about the number of jaguars in Peru, as well as the conditions they live in.

Researchers from ACEMS, the Queensland University of Technology (QUT), and the Lupunaluz Foundation recently completed a four-week expedition to some of Peru’s deepest jungle regions. But they did more than just travel to the Amazon. They brought it back with them for others to see, in the form of immersive virtual environments.

They captured countless photos and videos using 360-degree and 3D cameras, which gave them plenty of material to create the virtual environments. Now, they can tap into a wealth of information by putting international experts on jaguars and the Amazon rainforest into those virtual environments, without those experts having to travel to Peru. 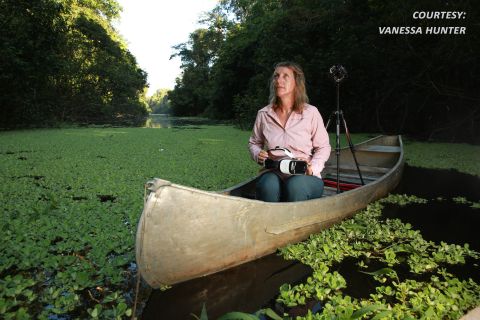 “As far as we know, there is very little data in Peru about jaguars, so this is very much a first,” says Professor Mengersen.  ”It’s also a first in using virtual reality technology for a really serious purpose, and not just for the ‘ooh-ah’ of the virtual environments. We can use it for scientific purposes and extract information about how to help with decision making in conservation.”

In addition to capturing the virtual environments, one of the main goals of the trip was to map jaguar populations in Peru. But how do you count an animal that does not want to be seen, let alone be counted? That is where the maths and stats comes in. 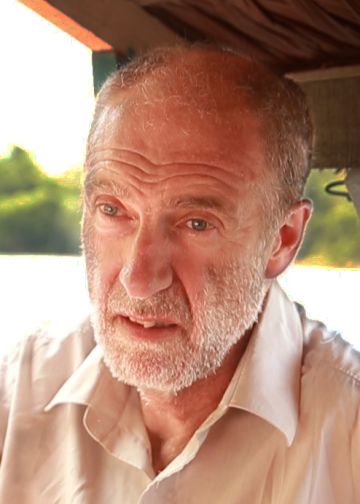 “Jaguars are notoriously secretive and the rain forest is very dense,” says Professor Kevin Burrage, an ACEMS Chief Investigator at QUT. “Thus animal abundance data is very difficult to collect, so mathematical and statistical models can help fill in any missing or messy data.”

To fill in those data gaps, the ACEMS researchers spent a lot of time talking with people who live in the area. They were then able to use that information in their statistical models.

“We went to individual villages and sat down with people and asked them for their stories about jaguar sightings, whether they have heard jaguar calls or seen jaguar footprints,” says Dr Erin Peterson, a Principal Research Fellow with ACEMS and QUT’s Institute of Future Environments (IFE).

“We then asked them to show us on a map, and for a lot of these people, maps are really new,” says Dr Peterson. “In their mind, they have a spatial map of their world, but it was really exciting to see them match that to a physical, paper map. What’s even more exciting is that once we have their local knowledge on paper maps, we can use it in our statistical models.”

The team created an e-book about the project, which can be viewed here

For Professor Burrage, it has been a life-long dream to be able to travel to the Amazon.  He says their statistical and mathematical models show that one factor is really starting to play a major role in the jaguars’ survival.

“Climate change is the key,” says Professor Burrage. “In the last few years the effects of climate change (drought and flood) have become more pronounced on the animals that live in the Amazon. That means small changes in government or national reserve policies, hunting practices, and external factors such as mineral exploration can have much more lasting impacts than would otherwise be the case.” 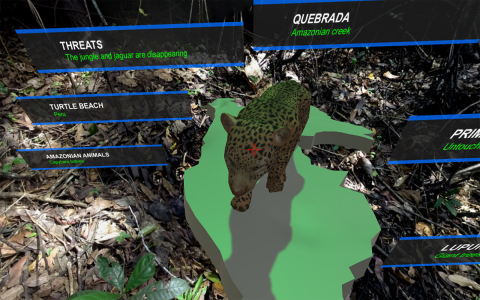 As for the immersive virtual technology, the team hopes it will raise interest outside of scientific communities about the plight of the jaguar.

Meet the Team for the Jaguar Project

Associate Professor Tomasz Bednarz is a Principal Research Fellow with ACEMS and IFE. Together with other QUT colleagues, he organised all the camera technology for the team that travelled to Peru. He also prepared extensive instructions to be sure that everyone knew how to not only use the equipment, but keep it charged and running in a jungle environment where there were no power points.

“We’ve created presentations from different parts of the forest,” says Bednarz, “so you can imagine being in the forest, or jumping to different locations where jaguars possibly lived. We can display it in a 360-degree view so you can look around and immerse yourself with those unique landscapes. You can also read or listen to the information about the place, see Amazonian animals, or see snapshots of our team travelling through the wild jungle.”

In the end, though, it all comes back to saving the jaguar population in Peru, and not in just the areas where the research team was able to travel to this time around. The long-term goal of the project is to identify and establish jaguar corridors where these animals can safely travel.

“These are animals that can move really long distances,” says Erin Peterson, “so for the species to persist, you cannot conserve just one area. You have to conserve that area and its connections to other areas and other jaguar populations.”

“The aim of the project is to make better decisions about jaguar conservation in Peru,” says Professor Mengersen. “We can bring mathematical and statistical modelling to bear on the tiny bit of data that we might have and then a lot of expert opinion that we do have, and we can combine that to improve our models, predictions, and estimates. So it’s a really exciting project with very significant impacts.”