Diffusion is pervasive in the natural world. Over one hundred years ago Einstein created a remarkably simple and powerful theory describing the behavior of a single diffusing particle. That theory has since been applied countless times to successfully model widely disparate systems.

In this talk, Ivan will explain a failure of this theory when applied to systems with many particles diffusing in the same environment. In particular, in such systems, the particles that move the furthest (the extremes of the diffusion) are governed by behaviors much different than would follow from Einstein's theory. Ivan will demonstrate this through analysis of a mathematical model for random walks in a random environment, and discuss ongoing numerical and experimental works to confirm the conclusion that we draw from this model. Ivan will also discuss why studying extreme diffusion is important in some physical, biological, epidemiological, and social applications.

This public lecture will be 45 minute presentation followed by Q & A. 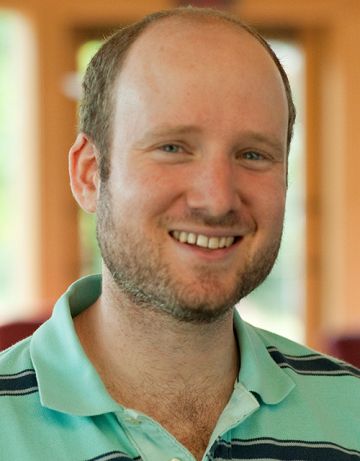 He received his PhD from the Courant Institute in 2011 and has since held positions at Microsoft Research, MIT, Institut Henri Poincare (at the Poincare Chair), U.C. Berkeley (currently as a Visiting Miller Professor), and Columbia. He has held a Clay Research Fellowship, a Packard Fellowship, and Simons Fellowship, a Schramm Fellowship and is a Fellow of the American Mathematical Society and of the Institute of Mathematical Statistics. He was the recipient of the 2021 Loeve prize in probability, 2018 Alexanderson Award, 2014 Rollo Davidson Prize, 2012 Young Scientist Prize of the I UPAP, and gave an invited lecture at the 2014 International Congress of Mathematicians.