She has been featured in the New York Times, presented TED Talks, written several books, and even appeared on "The Late Show with Steven Colbert" in the United States. (see video)

Dr Eugenia Cheng’s most recent book, X + Y, a Mathematician’s Manifesto for Rethinking Gender, tackles the issue of gender inequality and argues that her mathematical specialty, category theory, reveals why. 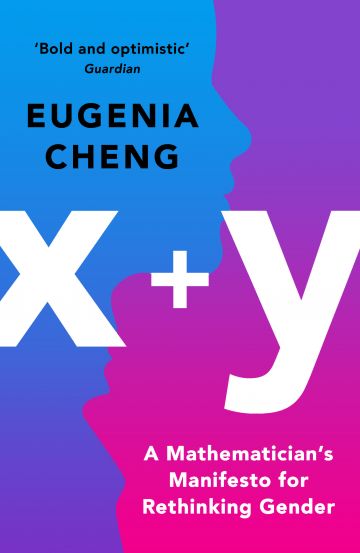 "Inclusion-Exclusion in the mathematical sciences: who is kept out, and how we can use maths to bring them in"

The question of why women and minorities are under-represented in mathematics is complex and there are no simple answers, only many contributing factors. I will draw on a combination of precise mathematical reasoning, techniques of abstract mathematical thinking, and my experiences as a woman in the male-dominated field of mathematics. I will argue that if we focus character traits rather than gender we can have a more productive and less divisive conversation, about math and beyond. I will present a new theory for doing so, showing that we can use abstract mathematical thinking to work towards a more inclusive society in this politically divisive era.

I will present the abstract field of Category Theory as a particularly inclusive subject area according to the dimensions of my new theory, and demonstrate its scope for deepening the curiosity and social awareness of high school students, rather than just pushing and evaluating them. This goes against the assumption that abstract mathematics can only be taught to high level undergraduates and graduate students, and the accusation abstract mathematics is removed from real life. No prior knowledge will be needed.  Dr Eugenia Cheng 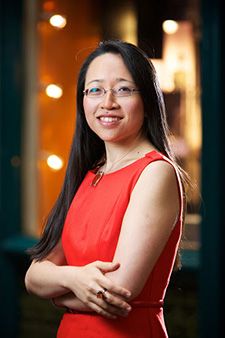 Dr Eugenia Cheng is a Scientist in Residence at the School of the Art Institute of Chicago and Honorary Visiting Fellow of City, University of London. Previously she was a Senior Lecturer (Associate Professor) of Pure Mathematics in the School of Mathematics and Statistics, University of Sheffield, UK. From September 2013 to December 2014, she was a visiting Senior Lecturer at the University of Chicago and have been based in Chicago ever since, though still frequently working and giving talks in Europe. Her research is in category theory, mostly higher-dimensional.

In addition to her latest book, she is the author of several popular mathematics books, published by Profile and Basic:

Dr Cheng is keen to bring mathematics to a wider audience and help reduce maths phobia! She is good at explaining things in an accessible way to non-mathematicians of all ages. On top of her job teaching undergraduates and graduate students, she has volunteered helping with mathematics in primary/elementary school ever since she was a graduate student. She also founded the Sheffield Mathematics Academy to bring secondary/high school students to university for mathematics enrichment. Her job at the School of the Art Institute of Chicago involves teaching high level abstract mathematics to art students.