You’ve heard the song before. Frank Sinatra singing, “New York, New York,” and hearing him sing the phrase, “If I can make it there, I’ll make it anywhere…”

For Ellen Muir, she’s made it there… and back! 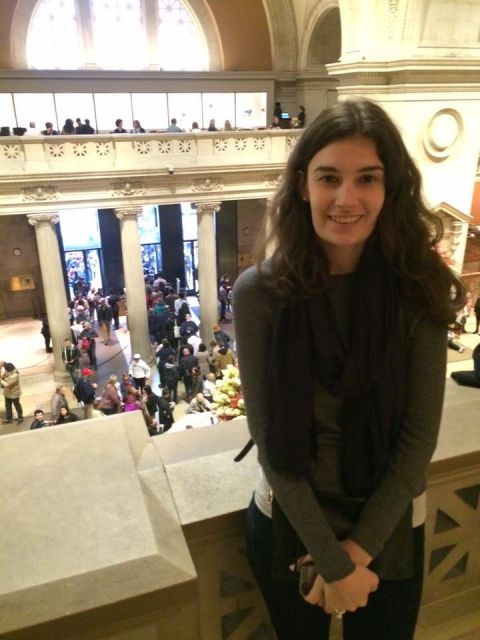 Ellen at the Metropolitan Museum of Art in New York City

That’s just one part of Ellen’s continuing journey toward her PhD. That journey included leaving her home on Queensland’s Sunshine Coast and moving to The University of Melbourne. Her academic journey began in maths, but picked up economics along the way. Then late last year, that journey included a stay at Columbia University in New York City.

“Ellen is one of those rare students who educates her supervisor,” said Prof Peter Taylor, Director of the ARC Centre of Excellence for Mathematical and Statistical Frontiers (ACEMS).

Peter is now one of Ellen’s PhD supervisors. He has known her since 2010, when she was an undergrad at The University of Melbourne.

“It was immediately apparent that she had enormous mathematical talent,” said Peter, “but she was also very interested in the role that mathematical reasoning can have in understanding everyday problems.”

Ellen started out as a maths student at Melbourne, but was encouraged to take some economics courses along the way.

Ellen started to tutor in economics, spending more time in that field of study, but also still working very hard on her mathematics. When it was time to choose her PhD, she decided she wanted to use her mathematical skills in the emerging economic field of ‘mechanism design,’ which attempts to devise practical schemes for allocating scarce resources. Ellen says mechanism design is also concerned with optimally designing markets in environments with incomplete information.

“With her second supervisor Simon Loertscher, she has introduced me to this field and the three of us have made some contributions that we are proud of,” said Prof Peter Taylor. “As might be expected, Ellen has been the driving force behind this effort.”

During the first year of her PhD at Melbourne, Columbia Economics Professor Michael Riordan visited Simon Loertscher. Ellen did some RA work for Professor Riordan while he was in Melbourne, and the two stayed in touch. Riordan later invited Ellen to visit Columbia, and they were able to figure out a way to make that happen at the end of last year. 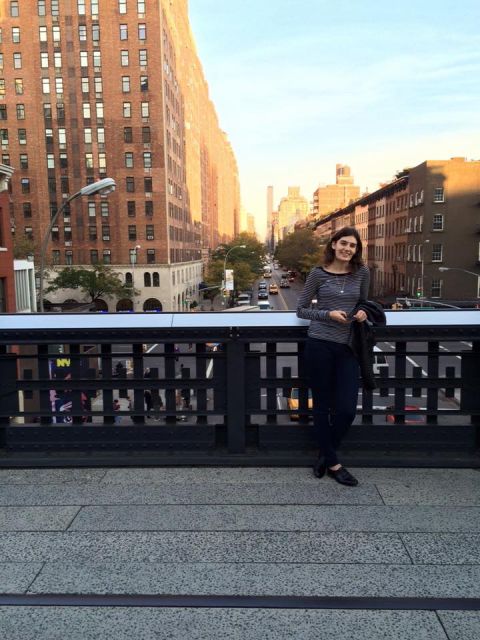 For Ellen, it was the opportunity of a lifetime to visit Columbia University, and New York City. Combined, the city, the university, and the school of economics attract some top visitors.

“If you physically go to the place where a lot of research in your area is being done, then you really get an idea of what problems really are of interest to people, and what they’re working on right now,” said Ellen.

Ellen also got a sneak peak of what’s to come. Many of those prominent visitors presented working papers that hadn’t been published yet. Ellen also presented some seminars.

“I was able to give three talks while I was there, and all of those were quite well attended,” said Ellen, “and each time I would get really great feedback from the academics and the other PhD students and so I was made to feel very welcome and I really enjoyed my time in the department.”

Ellen is back in Melbourne now with ACEMS, working toward completing her PhD by the start of next year.

She’s come a long way since she first arrived at Melbourne Uni.

“I remember being impressed that she had built her own computer at home and was using it to study betting systems,” said Peter Taylor.

Now it’s clear, with her education and experience, that Peter – or anyone else for that matter – isn’t betting against her as she moves forward in life.