From UTS, to Google, to Harvard - an ACEMS Student's Amazing Journey

That’s how Cathy Yuen Yi Lee described her first experience with statistics in a class at the University of Wollongong. Cathy has come a long way since then. She’s leaving ACEMS and the University of Technology Sydney this month with a PhD in Statistics, and is headed to Harvard to begin her postdoc fellowship. That’s not all. She also just finished a four-month internship with Google Zurich.

Cathy said her stats professor at Wollongong saw something in her, and told her to give statistics a chance. So she did. She agreed to take two more subjects that first year of university.

“The second subject was about inference,” says Cathy, “and I started to see why people like statistics. I could see why we learn about normal distributions and bell curves, it all started to make sense. Things just kind of came together and I started enjoying the subjects.”

Before learning statistics, though, Cathy had to learn English. Her mother sent her from Hong Kong to Australia when she was 16.

“The first day I arrived, I didn’t understand anyone,” said Cathy. “The Australian accent is so hard to understand!”

Now, 12 years later, she’s wrapping up her PhD in statistics at UTS. Her PhD research focuses on developing fast and memory-efficient machine learning algorithms for analysing large-scale databases, which typically have a complex correlation structure. As Cathy was finishing up her PhD at UTS, she also landed a four-month internship with Google, where she was based in Zurich, Switzerland, and worked on analysing large-scale online experiments.

“It was totally overwhelming at first,” says Cathy. 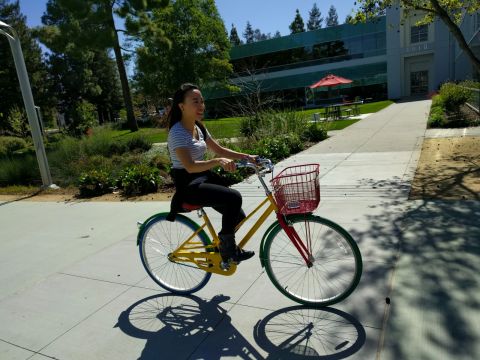 Cathy says she was really nervous going into the Google experience, but walked away from it with a lot of confidence.

“Because everyone was so self-motivated and so positive about everything, I had this kind of fire inside of me every day.”

“One thing I found really powerful was that if I had any questions, I knew there must be someone, somewhere around the globe that was an expert in that area. I just pinged them and said, ‘look, I have this question. I have no idea how to solve this,’ and within a minute there would be someone saying, ‘don’t worry, I know this person who is really good at this, so get a hold of him or her.’”

Cathy was there to make a presentation on her work in front of what she thought would be a small group of people at a team meeting. She was jetlagged from her trip from Switzerland.

“When I got there, there was a room full of statisticians, analysts, software engineers, some people from New York and other parts of the country, and it was just very overwhelming. So I just took a deep breath a few times and went for it.” 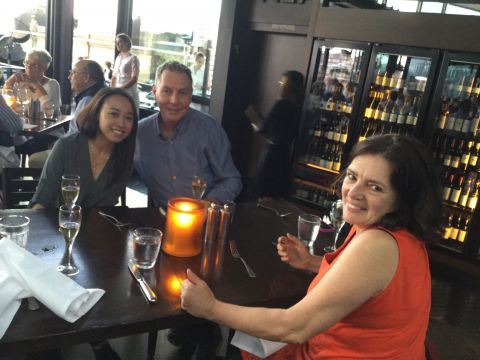 Now, Cathy is moving on to a postdoc position at Harvard University, with Professor Brent Coull. There, she hopes to do something more with using machine learning algorithms to analyse health and environmental data.

Leaving UTS, though, is bittersweet for Cathy. She described the whole stats group there as family, with that family being led by ACEMS Chief Investigators Matt Wand and Louise Ryan.

"I had the two most fantastic supervisors,” says Cathy. “They knew my strengths and weaknesses, so they were able to push me and challenge me to my limits, so that I could do really high quality work.” 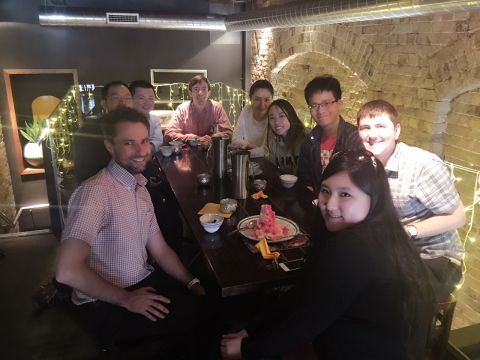 Cathy with her UTS-ACEMS Colleagues

“I’ve known Cathy since 2009,” says Professor Matt Wand, “when I supervised her honours project. She's very sharp, and also well-rounded. She can solve

difficult mathematical problems one day, give a fantastic presentation the next day and then collaborate with health researchers the day after that.”

“She really taught me how to be more confident, and suggested I should do more exercise, or some yoga, to help my work-life balance. She knows I work very hard.”

“I really enjoyed my time at UTS and will miss them all.”

ACEMS and UTS will miss you too, Cathy. Best wishes at Harvard.