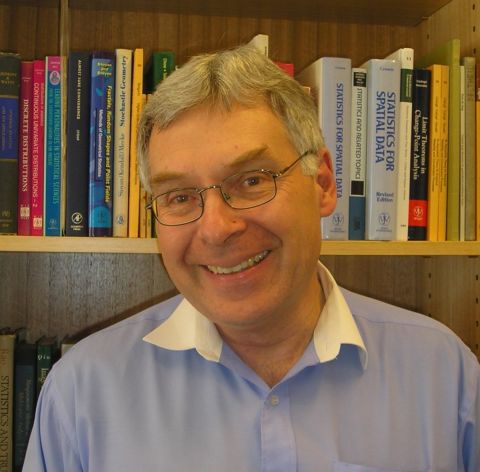 On 9 January 2016, in Melbourne, ACEMS lost its inaugural Director, Professor Peter Hall. It is not overstating things to say that Peter was one of the greatest statisticians in the world.

Peter spent the last 10 years of his career at The University of Melbourne, most recently as an Australian Research Council Laureate Fellow. To acknowledge the massive contribution that Peter made to both ACEMS and the university, as well as to celebrate his standing in the worldwide statistical community, a memorial conference in Peter’s honour was held at the university from 10-12 December 2016.

Peter’s friends and colleagues from around the world were invited to talk about their latest research as well as say something about how they were influenced by Peter, to help celebrate this exceptional man and his unique contributions to statistics.

The conference was attended by a well-balanced mix of established scholars, early career researchers, and postgraduate students. It had a strong showing with more than 100 participants from local and international universities providing a considerable impact on the local statistical community due to the depth and level of invited speakers.

Across the three-day conference participants heard 23 invited talks contributed by leading scholars in fields of mathematical statistics and statistical methodology closely related to Peter’s research. Invited speakers who knew Peter as a colleague, co-author, or former supervisor were often able to share anecdotal glimpses arising from the intersection of their lives with that of Peter’s. The conference also featured 12 contributed poster presentations where young statisticians affiliated with Victorian research institutions showcased their work. Scientific discussions among participants were fostered by lunch and coffee breaks held in the conference venue and the conference dinner held nearby on the second night. 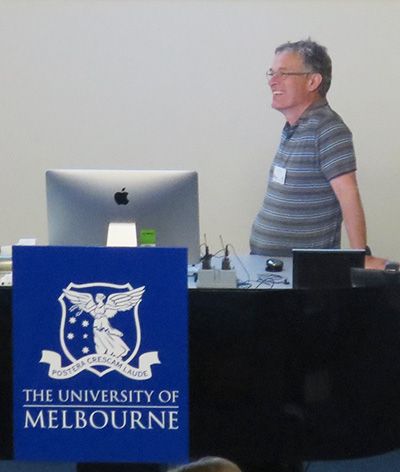 ACEMS Director Peter Taylor opened the scientific proceedings by giving a welcome message encouraging scholarly exchanges among participants, which set the tone for the rest of the conference. In her opening address, Professor Aurore Delaigle presented an overview of selected research topics from Peter Hall’s impressive contributions. She also shared some connections between his personal interests and research; for example, she highlighted the link between his passion for photography and the development of new de-convolution methods related to image de-noising. 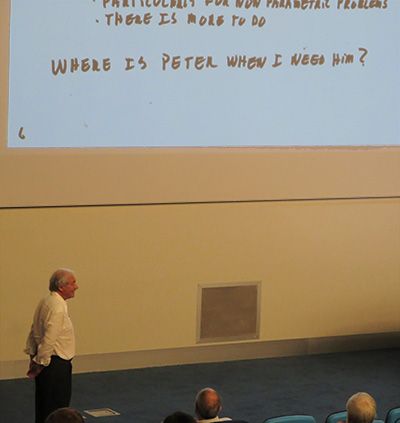 Professor Persi Diaconis of Stanford University (pictured on the left) gave the first scientific talk. In his thought-provoking address, he discussed new statistical tests for randomness in the context of card shuffling. He then posed deep open research questions wishing that “Peter Hall was around to help out.”

Professor Iain Johnston (also of Stanford University) opened the second day by reviving participants’ interest in a remarkable unfinished project of Peter Hall’s related to expectation propagation, and discussed recent efforts in progress to complete such a work. 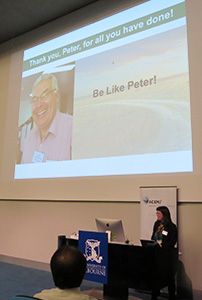 Arguably, this ACEMS conference put together the most distinguished list of statistical speakers ever assembled in Australia. It helped strengthen mathematical statistics across Australia, while honouring the incredible scientific life of Professor Peter Hall. The relatively intimate size of the conference allowed for rich discussions after each talk. Several participants reported that the conference re-ignited their spark for scholarship and confirmed their commitment to research in statistics. Conference participants soaked up the latest ideas from conference presenters, shared their perspective with colleagues, made new contacts, honed their own ideas, and discussed the most recent discoveries in statistics.

About the author: Davide Ferrari is a Senior Lecturer in Statistics in the School of Mathematics and Statistic at The University of Melbourne and is a former colleague of Professor Hall. His research interests include minimum divergence estimation methods, model selection and estimations methods for intractable likelihoods.