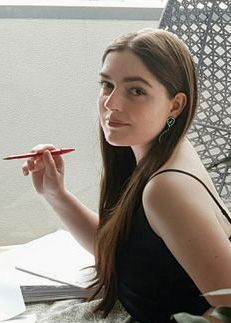 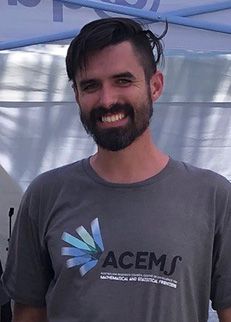 Sarah has been active and engaged in many forms of outreach. She has run AMSI CHOOSEMATHS and other schools workshops over multiple years and promoted mathematics in the media. She has published articles in the ABC and The Conversation, appeared on local

and national ABC radio multiple times, talked numbers on A Current Affair, and hosted an episode of the ACEMS podcast with Holly Krieger last year. This year she was the Victorian winner, and national finalist, of international science communication competition “Famelab”, which has provided her with ongoing opportunities to discuss her mathematics research on local radio.

Jack Ford Morgan has contributed substantially to the promotion of ACEMS and its legacy through the development of tabletop games. Three games have been finalised, namely Virtual Reef Diver (to enhance engagement in conservation of the Great Barrier Reef), Sats & Stats (to enhance understanding of the use of satellite data) and Stop the Spread (to enhance understanding of epidemics in the context of covid-19). The VRD game is being distributed in shops and online, and is being embedded into the high school curriculum. Jack has actively engaged community and school groups in playing these games, thereby increasing awareness of the impact of mathematics and statistics. He has further games in development.

**The Outreach Participation Award acknowledges and celebrates ACEMS members who actively engage in the Centre’s outreach programs to promote the valuable work of ACEMS and the mathematical sciences outside of academia and to the broader community, and recognises those members who go above and beyond the expectations of outreach involvement in the Centre.