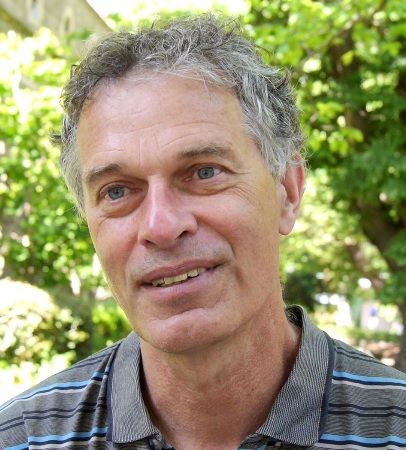 You can add the title “Distinguished Professor” to the list of accomplishments for ACEMS Director Peter Taylor.

On November 17, The University of Melbourne announced that Peter is one of five professors this year to be awarded the title of Redmond Barry Distinguished Professor.

“It’s a real honour. There are not many Redmond Barry Professors in the University,” said Peter.

The honour is named after Sir Redmond Barry, who was instrumental in the founding of The University of Melbourne, and was its first Chancellor from 1853 until his death in 1880. It rewards outstanding leaders within the University for pre-eminence in research and teaching.

For Peter, though, the real honour was the support from a well-respected group of international people who wrote on his behalf as referees.

“Obviously, they said nice things about me, which is a great thing to know. I regard them as among the best stochastic modelers in the world. They are people whom I really respect,” said Peter.

Peter came to The University of Melbourne in 2002, and took up the inaugural position of Professor of Operations Research in 2003. He was the Head of the Department of Mathematics and Statistics from 2005 until 2010.

In 2013, the Australian Research Council awarded him a Laureate Fellowship, and in 2016 he became Director of ACEMS.