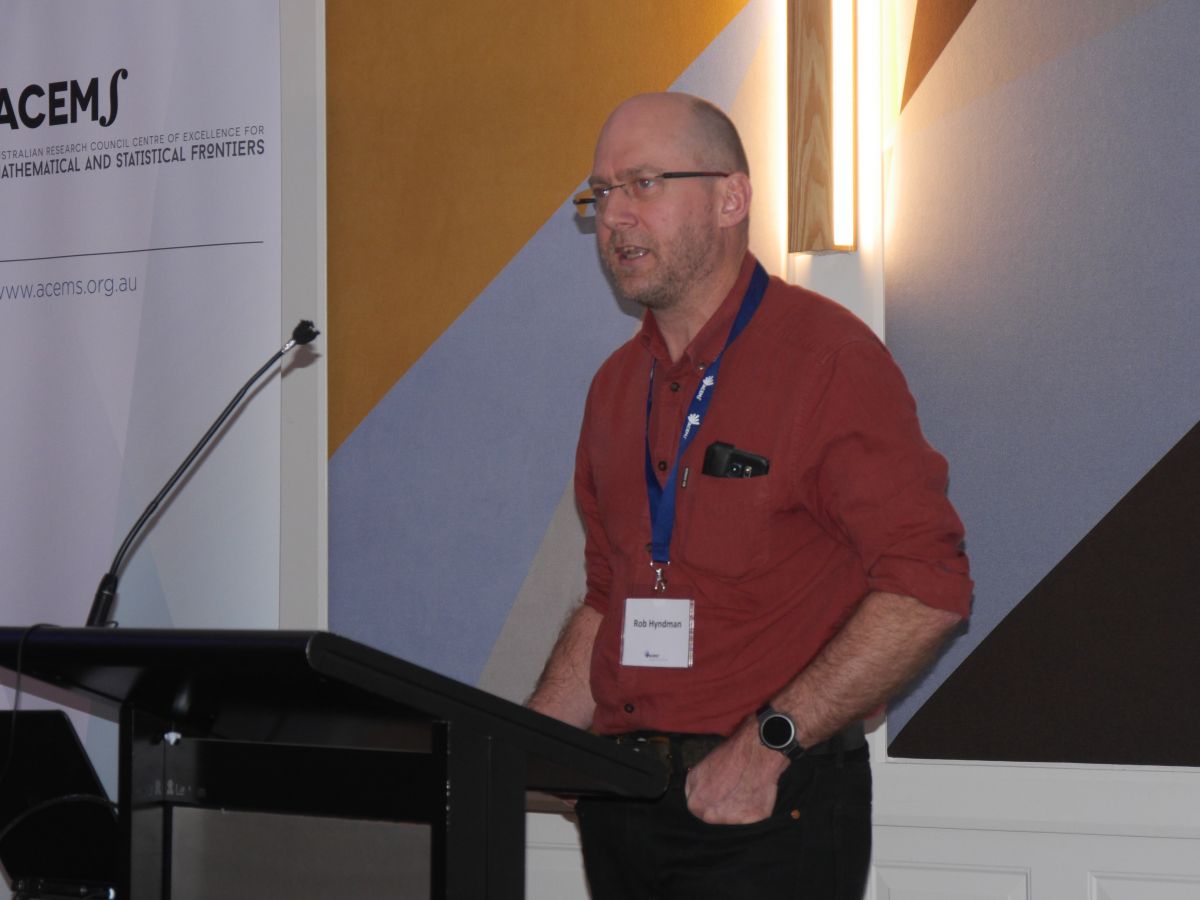 In a world filled with all kinds of data – and lots of it – how do you use that data to forecast the future? That’s the question facing many organisations, from manufacturers, to businesses, to government agencies.

Thanks to new research from researchers at Monash University led by ACEMS Chief Investigator Rob Hyndman (pictured right), countless organisations around the world now have ground breaking statistical tools and the software they need to give them forecasts that are more accurate than ever.

The research was just published in the Journal of the American Statistical Association and deals with what are called ‘hierarchical forecasts.’ These are multi-layered forecasts within an overall forecast.

“Sales of male and female clothing should be equal to the sales of all clothing. However, when each item of clothing is forecasted separately, the separate forecasts tend not to add up to the total number of sales,” said Prof Hyndman.

Prof Hyndman, and co-authors Shanika Wickramasuriya and George Athanasopoulos, developed new statistical methods that do two important things. The first is to provide the best point forecasts for every series in the hierarchy. The second thing is to ‘reconcile’ those forecasts so that they add up appropriately, and give the best final forecast.

Their journal publication featured a tourism example using a geographic hierarchy where there was a national forecast, and then forecasts for states, for regions within those states, and for zones within those regions.

“We might use a different method to forecast the states than what we use for forecasting regions, for example. So then we have to adjust all the forecasts a small amount until they add up properly.  Our approach finds the adjustments that give the most accurate final forecasts,” said Prof Hyndman.

“We derived an equation which shows how to make the adjustments in an optimal manner. The neat thing is that with some clever programming, the equation is extremely quick to compute even if there are millions of forecasts to adjust.”

In addition, Prof Hyndman’s team created software using the open-source R language that implements their statistical models. That means anyone can access it for free. It’s a condition Prof Hyndman insists on when he works with any organisation.

“I want the solution available to the rest of the world. Not their data, or any tweaks we make to their data, but the basic underlying mathematical idea, and a free open-source implementation” said Prof Hyndman.

“Hierarchical forecasting occurs in almost every industry, including manufacturing, retail, energy, telecommunications, finance and health. I love seeing the results of our research being applied in thousands of organisations all over the world.”