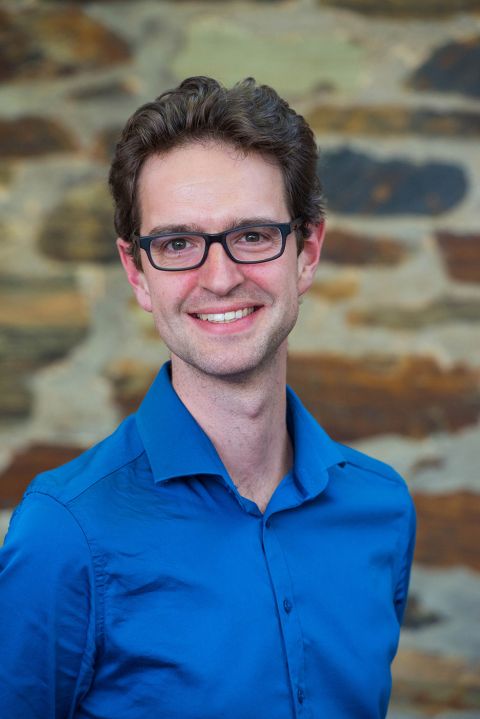 Lewis is a lecturer in applied mathematics at The University of Adelaide, and an Associate Investigator for ACEMS.

Lewis was selected for his work focusing on mathematical and statistical techniques for understanding how information moves across social networks.

But Lewis believes in not just researching social media, but taking part in the conversation as a scientist and a mathematician. It’s a message that resonated with the Tall Poppy campaign.

“One of the focuses of the program is on researchers who try to do science communication in novel ways. I think it’s important for us as scientists to engage with the public, particularly on channels like social media. Talking about what we do, and what our colleagues are doing, and being representatives for our science is really important,” said Lewis.

Lewis was one of 10 scientists to be named a South Australian Tall Poppy at a ceremony in Adelaide Monday night. One of the topics discussed in the ceremony was combatting misinformation and fake news.

“I think that we as scientists, as mathematicians, should have a role as trusted nodes within these social networks where people can look to find where the truth is. We are the experts and we should be the ones who combat misinformation and fake news when we see it,” said Lewis.

No one may be better equipped to do that than Lewis. He develops statistical tools to monitor population-level trends in online social media, and models the spread of ideas over social networks with mathematics.

“These tools and models enable us to better understand the online social world. They can monitor the health or happiness of the Twittersphere, determine who influences whom online, and model how ideas will spread through populations,” said Lewis.

Professor Joshua Ross is one of Lewis’ colleagues at The University of Adelaide and ACEMS. He nominated Lewis for the award.

“Lewis is an outstanding early-career academic. Within six years of completing his PhD, he has established a large research group producing research at the forefront of the relatively new and highly interesting area of computational social science,” said Josh.

The Australian Institute of Policy and Science created the Tall Poppy awards to celebrate achievement in the sciences, and to encourage students to follow in the footsteps of these scientists. For Lewis, it’s a great chance to promote the mathematical sciences.

“I find it’s important to represent mathematical modelling and quantitative skills, and mathematics in general, and sell the message that this research is very relevant, it’s very timely and current. These are important skills that can be used to solve a wide range of problems,” said Lewis.

Lewis is already working to change the perception of mathematics amongst girls in high school as an AMSI ChooseMaths mentor. He was also a Fresh Science finalist last year in South Australia. The Fresh Science competition is designed to help early-career researchers find, and then share, their stories of discovery. In Lewis’ case, his research for the competition showed how public twitter data can be used to predict flu outbreaks.

The Tall Poppy of the Year will be named at the 2018 South Australia Science Excellence Awards on Friday, 10 August.