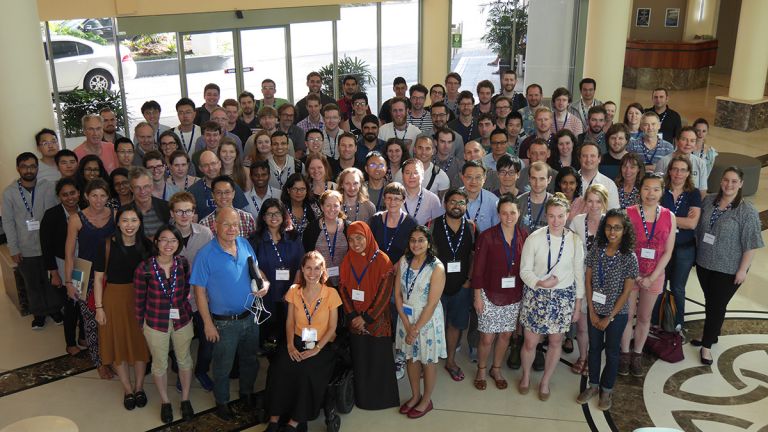 The annual ACEMS retreat moved to the Gold Coast in 2017, with an added gathering.

In addition to the usual main and student retreats, a retreat for early career researchers (ECRs) was added to the week long program held at the end of October and beginning of November.

The week started with the students and ECR’s getting together for their retreats at the Mantra Legends Hotel in Surfer’s Paradise.

The student retreat and ECR retreats covered a variety of professional and personal development topics, including media and communications, coding, and career trajectories. The groups also spent time getting to know each other, looking for possible collaborations they could create moving forward.

The main retreat started mid-week and focused on the research going on with ACEMS four main research themes: challenging data, multiscale models, enabling algorithms, and informed decisions. The group heard about the different projects taking place in all four areas from researchers at all of ACEMS’ seven collaborating organisations.

“My recent research has centred around developing new tools for handling large collections of time series. This work will be accelerated now that I'm an ACEMS Chief Investigator,” said Rob.

Photos from the week's events:

The main retreat also featured talks from possible industry partners, and the types of projects they could use the expertise that ACEMS brings. Those who spoke were Jason Looker and Wayne Power from DST Group, Jeff Greenhill from Queensland Academy of Sport, Sybille McKeown from the Australian Bureau of Statistics, and Simon Grainger from the Bureau of Meteorology

There was also a workshop on intellectual property (IP) from Michael McArdle, who is a director of research at QUT.

In all, the retreats were well attended, with more than 120 people attending: